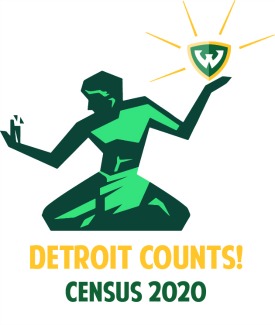 The Wayne State University Library System is proud to announce “Detroit Counts,” a public event series focused on the U.S. census. Through web-based public events, the series explores how the U.S. census offers a picture of the past and shapes the community’s future. Participants can join the events live via Zoom or access recorded events through library.wayne.edu.

The series kicks off June 3 with “Why the Census?” The event will feature Wayne State University Librarian Monique Oldfield and University of Michigan Librarian Catherine Morse. Both librarians specialize in using census data to better understand politics and social movements in communities. Participants are encouraged to bring their questions about how the U.S. census works and how they can use data to support their research and their communities. The event will take place at 4 p.m. on Zoom. Join at rebrand.ly/whythecensus

The second event takes place on June 17 at 10 a.m. “Seeing the Census,” focuses on how census data shapes the maps that influence public policy. Amanda Tickner of Michigan State University Libraries and Alex Hill of DETROITography and Wayne State’s Center for Urban Studies will discuss their work using census data for GIS-driven visualizations of the world. The Zoom link will be released closer to the event date.

Additional events will take place this summer. Visit guides.lib.wayne.edu/detroitcounts to learn about future events and how to participate in the 2020 U.S. census.

The Wayne State University Library System consists of the university's five libraries: The David Adamany Undergraduate Library, the Purdy/Kresge Library, the Shiffman Medical Library, the Arthur Neef Law Library and the Reuther Library as well as the School of Information Sciences. The Library System supports the education, research and service missions of the university and its communities through comprehensive, high-quality resources, services and programs. The libraries are leaders in providing accurate and timely information to Wayne State University as well as the metropolitan Detroit area and Michigan.

Wayne State University is a premier institution offering more than 350 academic programs through 13 schools and colleges to nearly 27,000 students.