Wayne Law professor making a stage name for herself

Settlage and her family moved to Michigan from the Washington, D.C., area nine years ago when she took a teaching position at Wayne Law. Being new to the community, she initially concentrated on her teaching and research, primarily focused on immigration and human rights law. She also looked for an outlet for her passion.

“I used to be a dancer, and after I got involved in musical theater and acting in law school, I discovered I loved it,” Settlage said. “When we moved here, it took me a couple years to get into it, but there’s a group called Grosse Pointe Theatre that one of my colleagues urged me to try out for. One day I decided to just go audition for fun, never thinking I would get cast, but I got a supporting lead role.” 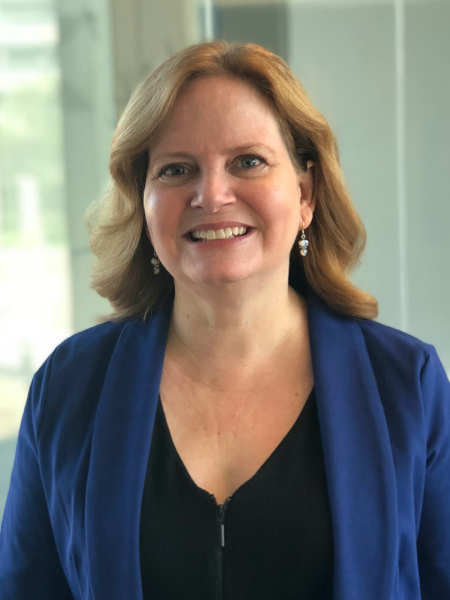 That first foray into acting led to an active period during which Settlage performed in three productions and choreographed six others. She is now a member of the Grosse Pointe Theatre board of directors, serving as treasurer, and last year found time to direct the theatre’s production of Pirates of Penzance, for which she shared a best director award.

But between her busy teaching schedule and theatre duties, how does Settlage maintain a healthy work-life balance?

“I’m insanely busy,” Settlage said. “But I like being on the board, being on different committees and doing behind-the-scenes work because I feel like I’m giving back to the community, and that’s important to me.

“I also love the artistic aspect of it, and I find that it’s the one time in my life when I can get out of my head and escape the obsession I have with work. Because when I’m in rehearsal, I have to focus and it gives me a break from my work life, which I desperately need.”

Currently, Grosse Pointe Theatre’s cast and production crew travel around to different area schools to perform in their auditoriums and will hopefully have a permanent theater home in the next couple of years.

Settlage has involved her husband and son in her theatre work. “One of the smartest things I ever did was pull my family into it,” she said. “My husband does sound engineering, and my son is now on crew for all of the shows I do, so that way I get to see my family.”

Settlage said that her colleagues and students at Wayne Law have encouraged her stage career. “The community here has been very supportive, so I always have colleagues that come see the shows,” she said. “Several years, I’ve had students come. My students here will find out about it and they come to see the shows I’m in or I’m directing, which is really fun.”

Next on the playbill? Fittingly, it’s Legally Blonde.

“Being a lawyer, of course, I love the show,” said Settlage. “It will run from Jan. 20 to Feb. 2. I’ll be directing and choreographing the show.”

Settlage said that the benefits and gratification from acting and directing community theatre are not limited to the thrill of the show itself. “We were new to the area, and we didn’t have family in Michigan when we moved here for my teaching job,” she said.  “Michigan was new to us, so finding the theatre means we found a family. We have connections, and we’re part of a close-knit group. It’s a wonderful group that really does give back to the community. I’m grateful to be a part of it.”

For a schedule of shows and to purchase tickets, visit gpt.org.