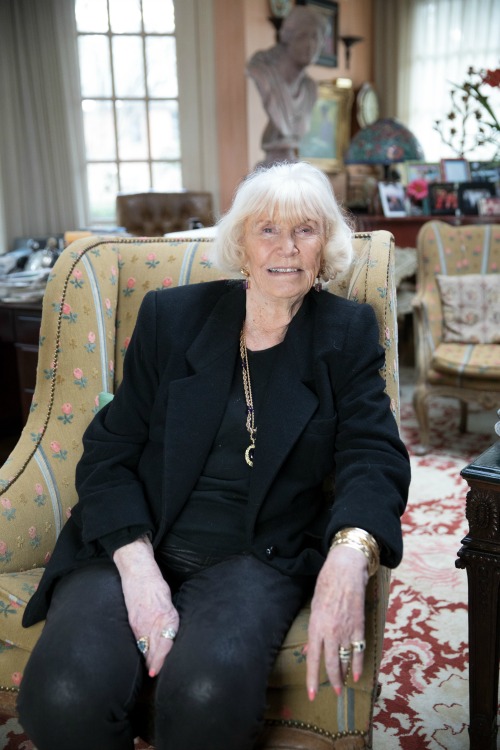 Gretchen Valade, noted philanthropist and chair of the Detroit Jazz Festival Foundation, has committed $2 million to create an additional performance space in the future Gretchen Valade Jazz Center at Wayne State University. With this gift, Wayne State will update the current Studio Theatre located in the Hilberry Theatre basement, renaming it the Jazz Underground.

This is Valade’s second major gift during the university’s Pivotal Moments fundraising campaign. In December 2015, she committed $7.5 million to Wayne State’s jazz program, $5 million of which will go toward renovating the Hilberry Theatre into a world-class jazz performance venue, the Gretchen Valade Jazz Center. The center will host an array of high-profile concerts, while serving as an educational hub for Wayne State’s jazz students and faculty. The Gretchen Valade Endowed Chair in Jazz Studies was created with a $1.5 million contribution, and $1 million created the Gretchen Valade Endowed Scholarship in Jazz Studies.

With her additional gift, Valade has given a total of $9.5 million to support jazz at Wayne State.

“I’m passionate about jazz artists and spotlighting Detroit’s rich jazz heritage,” said Valade. “So I’m pleased to move Wayne State closer to creating a new jazz performance space in the city. I hope others in the community who are passionate about the arts will also support the Hilberry Gateway project so we can share this gift with future generations.”

The renovations of the current Hilberry and Studio Theatres will be the final phase of the Hilberry Gateway Performance Complex, a nearly $65 million initiative that will strengthen Wayne State’s cultural presence in Midtown. The first phase of the project includes building a new theatre to serve as the home for the Hilberry Company.

“Leading institutions of higher education like Wayne State must reaffirm their commitment to the arts and humanities,” said Wayne State University President M. Roy Wilson. “The Gretchen Valade Jazz Center and the Hilberry Gateway Performance Complex will send a strong signal of Wayne State’s support for excellence in the arts. I am so very grateful to Gretchen for her continuing generosity.”

The Jazz Underground will be a secondary jazz performance area, featuring musician jam sessions, jazz workshops, community engagement programs and a venue for jazz on film. The adjacent lobby will be named the Detroit Jazz Festival Café, where patrons will be able to enjoy refreshments amid Detroit Jazz Festival memorabilia.

The Jazz Underground also will continue to host theatre and dance performances, as well as other programs within the College of Fine, Performing and Communication Arts. A laboratory theatre constructed next to the new Hilberry Theatre will provide additional space for performances traditionally hosted in the Studio Theatre, including experimental, student and classroom productions.

“In addition to supporting our jazz legacy, Gretchen Valade is helping to build the Hilberry Gateway Performance Complex, which will provide needed space for all of our performing arts students,” said Matthew Seeger, dean of the Wayne State University College of Fine, Performing and Communication Arts. “Jazz, music, theatre and dance are important parts of Detroit’s artistic traditions, and Gretchen’s support has ensured that those traditions continue.”

This gift to the Gretchen Valade Jazz Center, like every gift to every area of the university, is part of Wayne State’s $750 million Pivotal Moments fundraising campaign, which will end this year in conjunction with the university’s 150th anniversary.

About Gretchen Valade
Gretchen Valade is a Detroit philanthropist who has nurtured a lifelong passion for jazz music. She is chair of the Detroit Jazz Festival Foundation, which oversees the annual Labor Day weekend festival in Detroit. The foundation is an independent, non-profit organization she created that supports the festival. She also established the festival’s $10 million endowment. Valade is founder of Mack Avenue Records of Harper Woods, MI, and Los Angeles, CA, and is owner of the Dirty Dog Jazz Café in Grosse Pointe. She also serves on the board of Carhartt Clothing, the company started by her grandfather, Hamilton Carhartt.