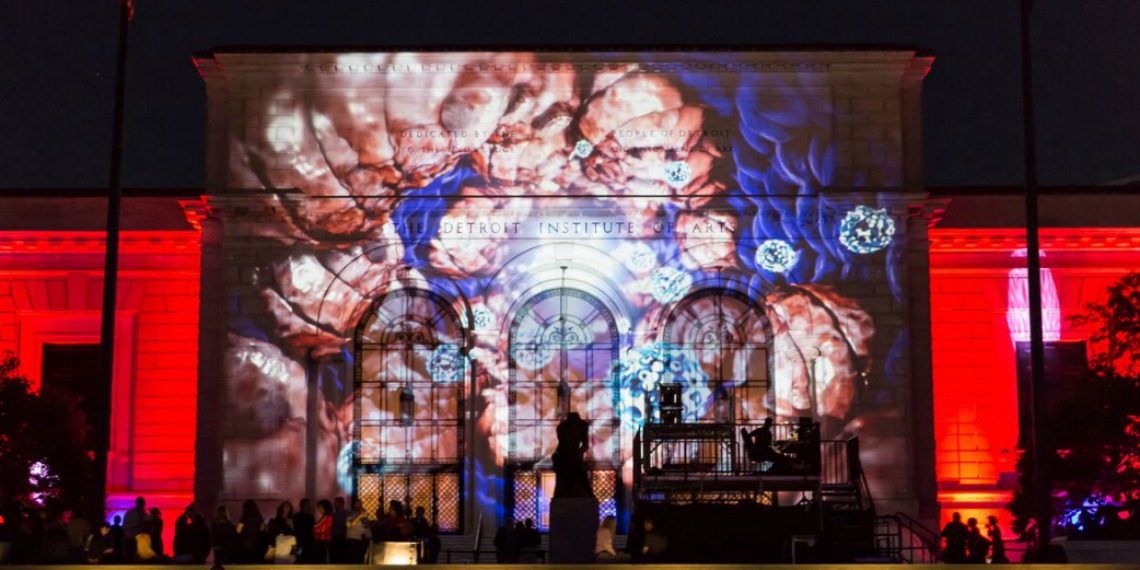 Midtown’s Woodward corridor will be illuminated once more for the DLECTRICITY nighttime outdoor festival, featuring cutting-edge installations of light, video and performance art. Produced by Midtown Detroit Inc. and presented by DTE Energy Foundation, DLECTRICITY will highlight the work of 36 international, national and local artists from 7 p.m. to midnight on Sept. 22-23.

The free, family friendly festival offers a walkable experience, with art installations spanning Midtown venues — including Wayne State University’s campus — along Woodward from the Detroit Institute of Arts to the Museum of Contemporary Art Detroit. DLECTRICITY debuted in 2012 and drew more than 150,000 attendees to its 2014 return.

"Wayne State is proud to sponsor DLECTRICITY, which will again bring thousands of people to our neighborhood," said Emily Thompson, senior project administrator and Detroit Revitalization Fellow in Wayne State's Office of Economic Development. "Our participation is made possible by several WSU departments and offices — including the President's Office; Facilities, Planning and Management; and Special Events — and helps us create a 24-hour campus and foster connections with our neighbors." 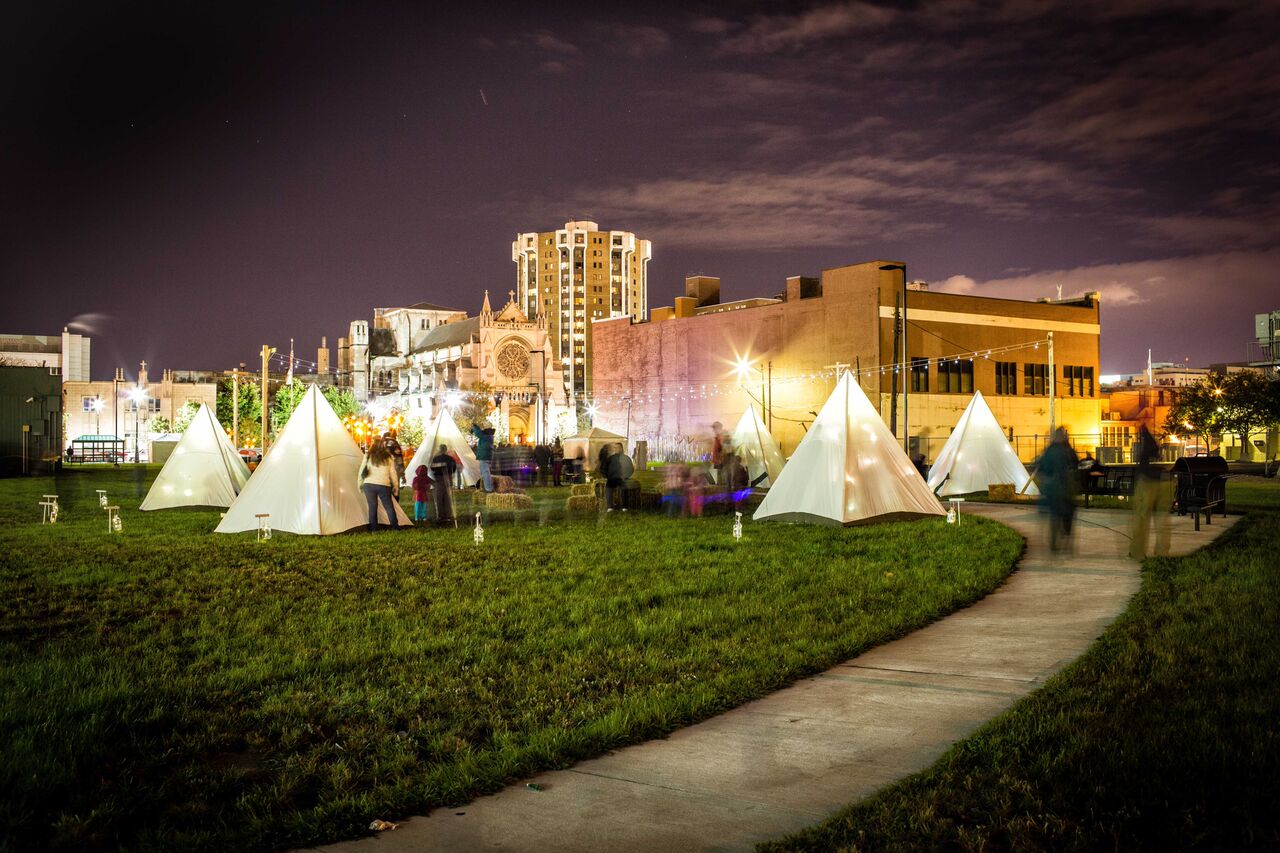 Various other Midtown locations — including the Charles H. Wright Museum of African American History, the Detroit Historical Museum, the Detroit Public Library, the Detroit Institute of Arts and the Michigan Science Center — will host art installation projects during the event.

The following projects will be displayed on WSU’s campus:

in::Sequence, created by artists Cupptelli and Mendoza and located at Woodward and Warren, is an audiovisual participation installation that invites viewers to assume a contemplative state through the use of cyclic video projections on a tulle sculpture.

Luminaria Magna, created by Bluewater Technologies and located at Woodward and Warren, is a massive installation of energy-efficient LED lights that will allow attendees to use pressure pads, turntables and buttons to control the light and create their own art.

Carnival Love Wall, created by Kelley Bell and located at the Prentis Building at Warren and John R, is a modular projection mapping work that includes small animated elements that can be remodeled and shaped.

The Expanded Seussian Arkestra, by Jake Chidester and Alisyn Malek and located at the Rackham Building at Woodward and Farnsworth, is an interactive experience that embodies the simplicity and whimsy of Dr. Seuss combined with the cosmic, evolving inclusivity and sonic expression of Sun Ra and The Arekstra.

The Underground, by Aaron Jones and Wesley Taylor and located at the Rackham Building at Woodward and Warren, is an illuminated architectural model that pays homage to the creative practices of Detroit.

:roundabout, by Karla Kracht and located at Wayne State University’s Welcome Center on Woodward and Warren, is an animated theatrical art installation, which will include rotating platforms; comic-like objects; and characters, loops, soundscapes and moving shadows.

Star Tours, by FaShon Vega and located at Wayne State University’s green space at Woodward and Warren, is a strolling live-action fantasy performance that will feature stunt performers battling in an epic fight between the light and dark forces. 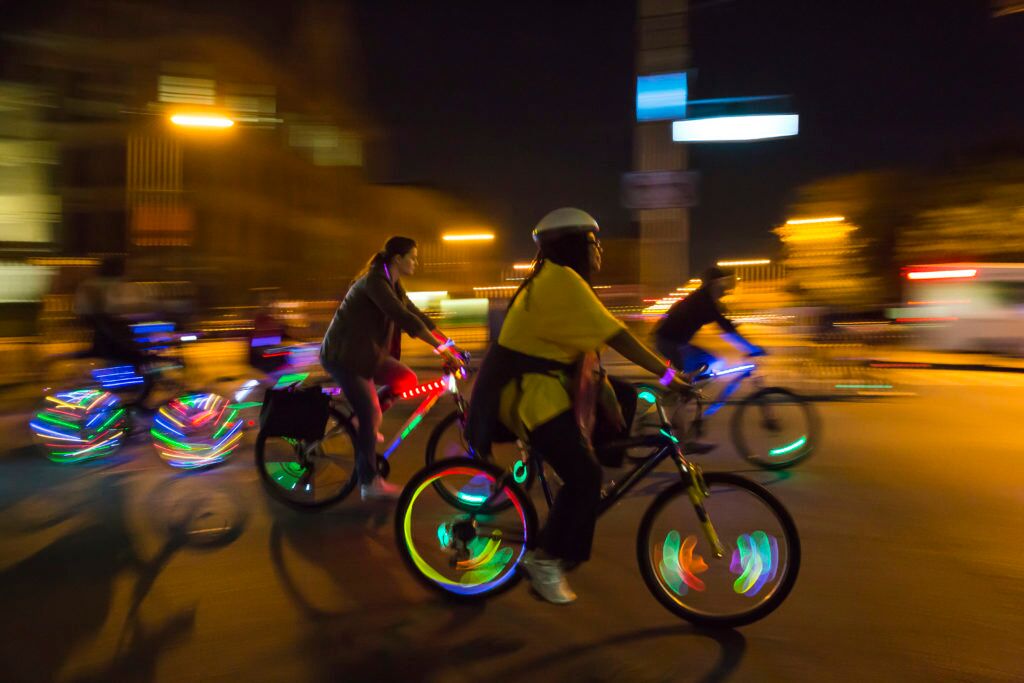 The DLECTRICITY Light Bike Parade, a four-mile ride through Midtown featuring a parade of illuminated bicycles, will also begin on WSU’s campus on Gullen Mall at dusk on Sept. 23.

For more information, visit dlectricity.com. A complete list of artists, projects and a festival map are also available.