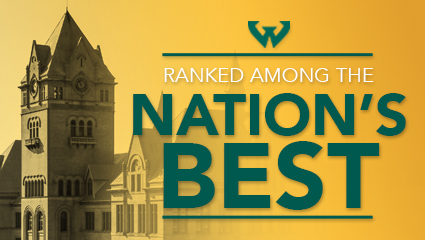 The rankings are based on several measures of quality. Scores for each measure are weighted to arrive at a final overall score. The numerical rank of the top 75 percent of schools, including Wayne State, are published; the remaining lowest-ranked schools are placed in a second tier based on their overall scores.

The most heavily weighted factors in the rankings evaluation are graduation and retention rates, which are assessed at 22.5 percent. This measure has two components: six-year graduation rate and first-year retention rate.

Other weighted measures include: