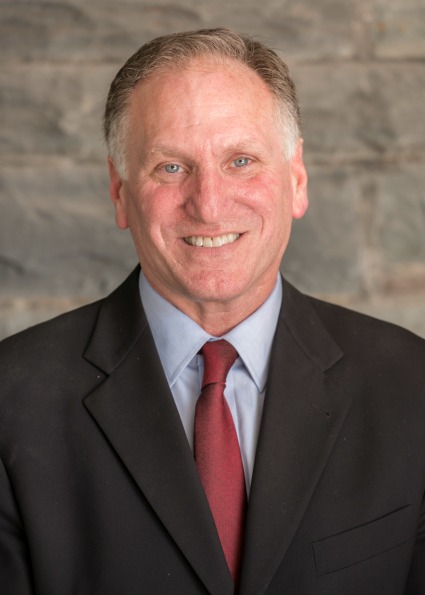 DETROIT – Peter Lichtenberg, Ph.D., director of the Institute of Gerontology at Wayne State University, has won the 2017 Powell Lawton Distinguished Contribution Award for programs and practices that improve the lives of older adults. The award is singular in its emphasis on applied gerontology, for which Lichtenberg’s 33-year career is particularly well suited.

“Powell Lawton was a role model for me,” Lichtenberg said. “All of my research, assessment and training programs are oriented toward providing a direct benefit to older adults, many of them underrepresented and vulnerable.” The American Psychological Association Division 20 will present the award at its annual convention in Washington, D.C., this August. The Lawton Award is one of its highest honors.

Lichtenberg has worked with older adults as a clinical geropsychologist, researcher, program director and national leader. Nomination letters cited his work in detecting cognitive decline, depression testing and interventions, caregiver and therapist training, and creating assessments to prevent financial abuse as evidence of Lichtenberg’s commitment to applied research and scholarship. Community engagement that connects research with older adults has been another priority. Since becoming director, Lichtenberg has overseen explosive growth of outreach at the Institute of Gerontology with programs, trainings and events that now draw more than 9,000 seniors and health professionals each year.

“This is truly an Institute of Gerontology achievement,” Lichtenberg said of the award. “Our faculty and staff are deeply committed to applying their work in gerontology to have significant impact on seniors. Working with such amazing colleagues — including the former students who nominated me, mentees Ben Mast and Brian Yochim — has been my greatest career joy.”

Lichtenberg has received many recent distinctions, including a 2016 appointment by Gov. Rick Snyder to the Michigan Commission on Services to the Aging, Oakland County’s 2015 Elder Abuse Task Force Call to Courage Award, the 2014 Lifetime Achievement Award from the Area Agency on Aging 1-B, and the 2013 Elder Law of Michigan Association Call to Justice Leadership Award. He served on national and local boards and held leadership positions in several professional organizations including the Michigan Dementia Coalition (Chair) from 1999-2010, the Gerontological Society of America, and the American Psychological Association. Lichtenberg is also director of the Merrill Palmer Skillman Institute for Child & Family Development.

The Institute of Gerontology researches aging, educates students in gerontology, and presents programs on aging issues relevant to professionals, caregivers and older adults in the community (iog.wayne.edu). The institute is part of the Division of Research at Wayne State University, one of the nation’s pre-eminent public research institutions in an urban setting. For more information about research at Wayne State University, visit www.research.wayne.edu.