May lead to new treatments for many suffering from tinnitus 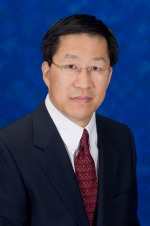 DETROIT – A team of researchers from Wayne State University has developed a behavioral tool that may significantly aid in understanding the underlying mechanisms of tinnitus, ultimately leading to new drugs and treatment methods.

According to Jinsheng Zhang, Ph.D., professor and associate chair for research in the Department of Otolaryngology-Head and Neck Surgery in the School of Medicine, professor of communication sciences and disorders in the College of Liberal Arts and Sciences, and corresponding author of the recently published paper, “A Conditioned Behavior Paradigm for Assessing Onset and Lasting Tinnitus in Rats,” in PLOS ONE, nearly 50 million Americans suffer from tinnitus. Roughly defined as ringing in the ears, tinnitus is often associated with other conditions such as ear injury, age-related hearing loss or traumatic brain injury-related neurological disorder. Currently, there is no objective test to measure tinnitus; therefore, there is no way to assess tinnitus onset, severity, longevity and a number of other factors.

Zhang and his team have developed an optimized conditioned licking suppression behavioral testing method for tinnitus in rats. Advancements in behavioral testing for animals are vital, since while there are many different behavioral tests, many have certain shortcomings. These shortcomings can include an inability to identify which specific animals have tinnitus, whether the tinnitus is short- or long-lasting, if the tinnitus has a pitch, and which specific days the animals have tinnitus. In addition, some tests may take one or more months to train the animals, and other tests — like the popular gap-detection method — may need further study to determine their validity.

“In our study, we have trained rats to lick a spout during different sounds and to avoid licking during silence,” said Zhang. “The behaviors are considered evidence of tinnitus, provided that hearing loss and reaction to sounds are accounted for.”

The team developed a training regimen and testing parameters that have multiple strengths. This allowed them to determine which individual rats had tinnitus, if the tinnitus had a pitch, the specific days that an animal expressed tinnitus, and whether the tinnitus was short- or long-lasting. Their method also enabled rats to be trained in a little over two weeks.

“While there are many methods for determining if an animal has tinnitus,” said Zhang, “most do not simultaneously possess the same number of strengths that our test has.”

Robust tinnitus testing in animals can be paired with other methods, such as testing brain activity on an electrical and chemical level, which may improve investigations into what exactly causes tinnitus. It may also allow rapid testing of pharmaceutical drugs or medical devices that can treat stressful tinnitus.  In the future, our tinnitus testing method and treatment strategies could be used in humans, which will help the many individuals suffering from this condition.”

Research funding was provided by the Office of the Vice President for Research at Wayne State University and the National Institutes of Health, grant number DC014335.

The article may be accessed at the following links: