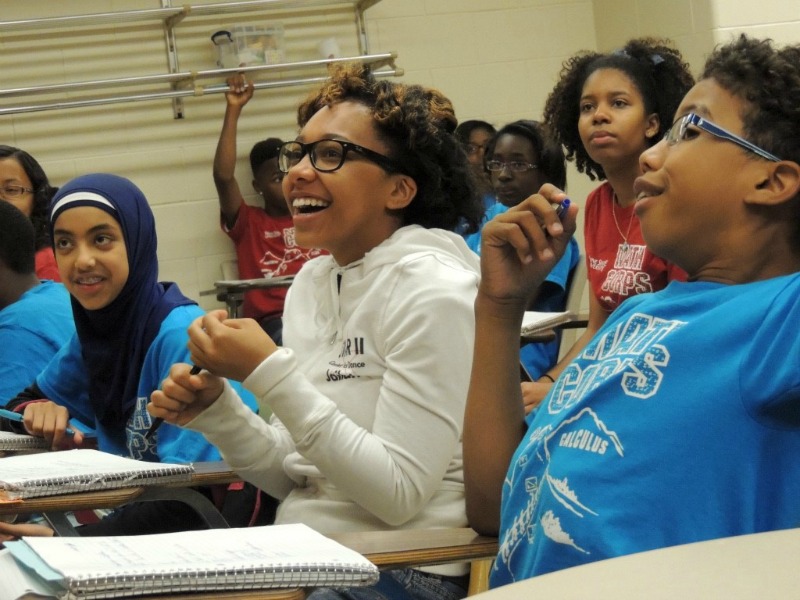 Founded in 1991, Math Corps is a combined academic and mentoring program for Detroit Public School students in grades 6-12. It features a summer camp, year-round Saturday programs and enrichment courses for elementary school children. In its 25 years, Math Corps has helped thousands of Detroit's inner-city kids graduate from high school and go on to college.

This hard work will be recognized Oct. 24-26 in Seattle at the National Summer Learning Association's National Conference on Afterschool and Summer Learning, where the program will receive along with three other programs the NY Life Foundation's coveted 2016 Excellence in Summer Learning Award. Math Corps was selected from a pool of more than 70 applicants and eight finalists from across the country.

“This award means that we have a much better chance of reaching many more kids,” said Kahn (pictured, left). “It is not and would never be an award that would be seen by me, Leonard (Boehm, associate director of Math Corps) or anybody else among the staff as ‘our’ award. In fact, if we could, the Math Corps would get 10 of our kids and send them to Seattle to accept the award. One of the rules of Math Corps is that the spotlight is always on our kids, not our staff.”

Math Corps is part of the WSU Center for Excellence and Equity in Mathematics, a series of programs designed to produce success for students, particularly those from underrepresented groups, as they pursue their education from elementary and middle school through high school and college. Built by Kahn, the two cornerstone programs are Math Corps at the middle and high school levels and the WSU Emerging Scholars Program at the college level.

A Wayne State faculty member since 1981, Kahn first started his afterschool tutoring with high school dropouts. During his early years, he said he was content to be a professor at Wayne State and then help high school dropouts after his day job at WSU. He spent five years working with about 20 kids, but soon realized that the need stretched even further. That’s when he was introduced to Boehm (pictured, right), who was working for Detroit Public Schools. Boehm was giving classes on Saturdays to fifth- and sixth-graders in Detroit and looking for assistance. The rest, as they say, is history.

“I went to this school, watched this class of regular kids and was amazed. I sat there for 45 minutes just getting choked up,” Kahn said. “I saw a class of kids with everyone on the edges of their seats, every kid totally into it. I was stunned. I was moved. And, I was in.” 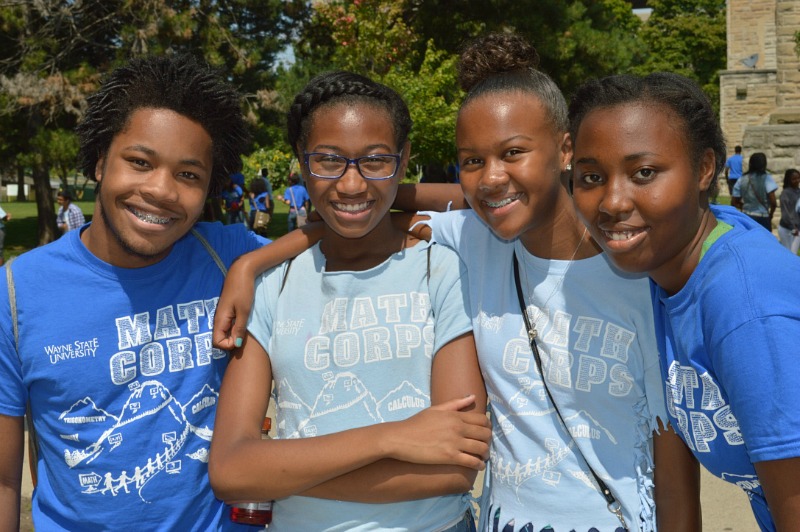 Throughout the years, Math Corps’ mission has evolved to include a focus not only on teaching and mentoring the students involved in the program, but in reaching those who are not. It’s a mission Kahn takes seriously, as a lack of education and exposure to positive mentors can often be a matter of life or death.

“There are always going to be tough times when your goal is to change the life of a child. That’s not always going to happen, particularly in Detroit,” Kahn said. “We’ve been to 10 funerals in the last year and a half. Losing a kid doesn’t mean that he or she failed their math test. Losing a kid is real.”

Kahn and Boehm have received many honors and awards for teaching, as well as for their work in support of the Detroit Public Schools and the students of Detroit. Kahn is quick to deflect praise onto those around him, including Boehm, other faculty, the program’s student-teaching mentors and the students who enroll in Math Corps.

“At the beginning, it was a humanitarian effort by a few people who were unable to ignore the plight of kids in Detroit. I could’ve been a basketball coach and that would’ve been fine,” Kahn said. “Instead, it’s about a group of people who wanted to do something.”