Dean hopes personal story will resonate with others 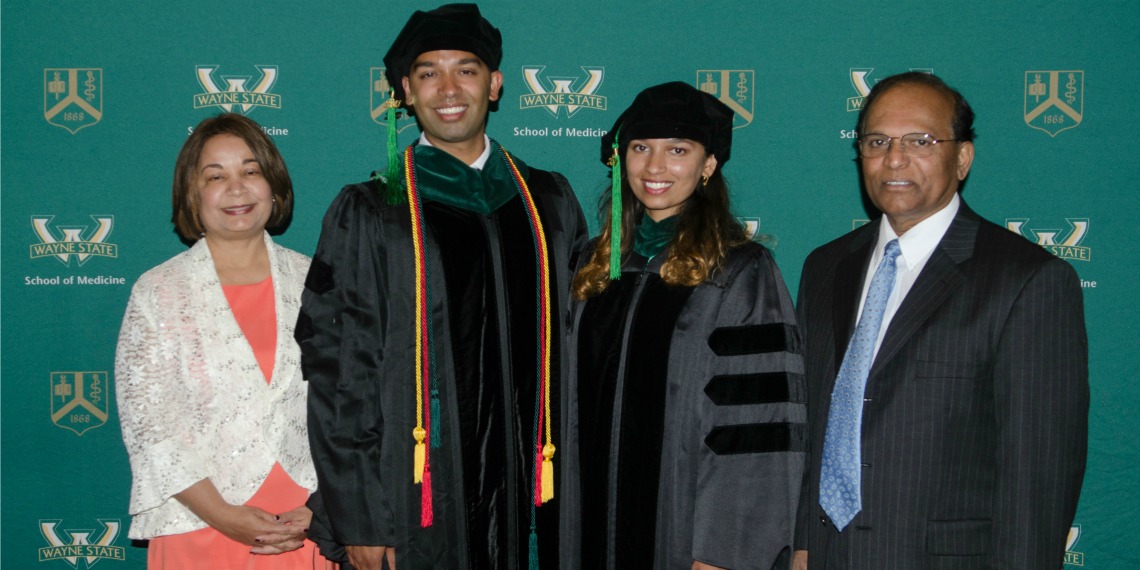 Which is why writing a first-person narrative for Science Magazine might seem out of character for the associate provost and dean of Wayne State’s Graduate School. In the article, titled “My Second Acts,” Mathur details the difficult decision she made to leave her job as a tenured professor 20 years ago to raise her twins and then return to academia.

In the article, Mathur recalls her moment of clarity:

“It came during my kids' soccer game, where I had been sitting in the bleachers analyzing data. I looked up from my laptop to see that the game was done and my kids had each scored a goal — but I had missed it all. I realized then that, in my attempt to be superwoman, I was shortchanging my kids and my own ‘mommy’ experiences. That day, I made my decision.”

A few weeks after, she was promoted to tenured associate professor. It didn’t change her mind. Some of her colleagues felt betrayed or outraged, she wrote. And many were disappointed that she was choosing to be “barefoot in the kitchen” and, in their opinion, wasting her potential.

Mathur hoped her story would resonate. It did. The number of tweets and retweets by professional organizations such as the Council of Graduate Schools and the American Association of Medical Colleges, as well as individuals giving their support, reached more than 1 million people. Metrics show that Mathur’s piece, published on Sept. 29, is in the top 5 percent of all reads tracked on Science Magazine’s website.

“The time has come to open the curtain and allow it to be okay to discuss multiple paths to careers,” Mathur said. “We’ve been hiding behind the academic curtain, where you cannot reveal any vulnerability. It has to be that straight and narrow path. Anybody deviating from it is out as a social pariah, so-to-speak. I wanted to take that mystique out of it. People do need to, in a sense, come out and admit to having taken a not-so-straight path.”

In the end, Mathur’s decision paid off. She was able to raise her children, Amol and Aarti Kamat, and watch them grow into “grounded and caring adults,” she said. In June 2017, the twins graduated from Wayne State University’s School of Medicine (pictured with mom and dad, Dr. Deepak Kamat).

“The BEST students frequently ask me to talk about my own experiences. I’m not usually very good discussing these personal things,” Mathur said. “As I started to tell them my story, I thought that maybe more people need to understand that if you take care of your family and do other things, it’s not the end of the world. You have to have integration of your life with work.”

Mathur’s husband, Kamat, professor of pediatrics and vice chair for education for the Department of Pediatrics at Wayne State’s School of Medicine, has always been supportive of her decisions. But Mathur wasn’t sure how the public would react after reading her tell-all article. Thankfully, her initial hunches were wrong.

“I was stunned by all the positive responses. I actually expected a lot of blowback that I was corrupting the minds of young people,” Mathur joked. “But I have not received one negative comment.”

The tweets and retweets, along with the “likes” and shares on Facebook, showed Mathur that her story resonates with not only women but also men. One example of the supportive comments on social media: “Proof in this article that sometimes, to have it all, it may be best to do it sequentially. Kudos, Prof Mathur.”

Aside from the discussion the article helped create, Mathur said she would love to see programs that help people like her reenter the workforce without ‘penalty’ at equivalent ranks.

“Somebody commented on one of my pages that my life is now an open book,” Mathur said. “But I felt it was important for me, as someone in a leadership role, to open this dialogue. It’s OK to talk about these things. It’s OK to have non-traditional pathways. And there’s nothing wrong with saying ‘I’m going to take care of my family.’”