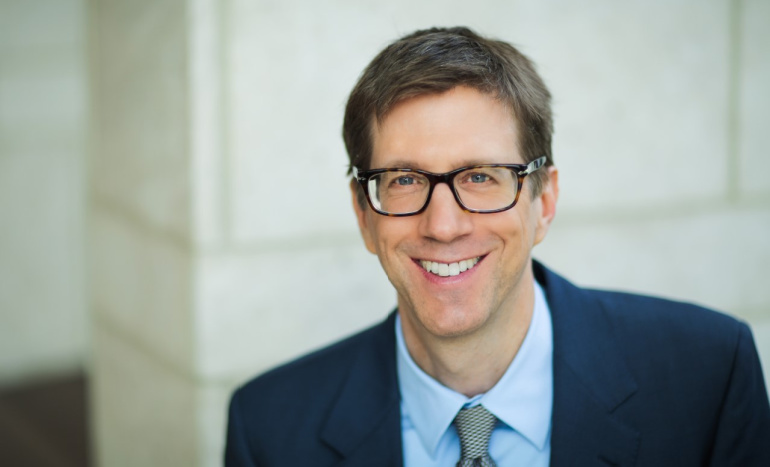 Wayne State University has reappointed Richard A. Bierschbach to a second five-year term as dean of its highly ranked Law School and named him the John W. Reed Endowed Professor of Law. The reappointment comes after a thorough and positive review of his first five years as dean by a committee of faculty and staff.

Bierschbach joined Wayne State in August 2017 from Benjamin N. Cardozo School of Law at Yeshiva University in New York, where he had served on the faculty since 2005.

Under Bierschbach’s leadership, Wayne Law has seen transformational progress on many fronts, including:

“The improvements in Wayne Law in recent years are impressive, and I’m pleased that they have been accomplished while remaining true to the mission of Wayne State,” said WSU President M. Roy Wilson. “In addition, the Law School remains a fantastic value for the money, ranking among the best in the country by that measure.”

Bierschbach’s plans for the next five years include adding new concentrations to the school’s master of studies in law; expanding its specialized LL.M. program for foreign and domestic lawyers; launching an undergraduate degree in law in collaboration with partner units across WSU; and continuing to grow Wayne Law’s national stature, ranking and reputation.

“Rick has had a really positive impact on Wayne Law and has earned broad support from the school’s faculty, staff and students,” said Mark Kornbluh, provost and senior vice president for academic affairs. “I look forward to working with him in the coming years and seeing what he accomplishes next.”

Bierschbach’s primary research and teaching interests are in criminal law and procedure. He is a nationally recognized scholar in the field, having published repeatedly in the country’s top law journals.

Prior to joining Cardozo Law, Bierschbach clerked for U.S. Supreme Court Justice Sandra Day O’Connor and U.S. Court of Appeals for the D.C. Circuit Judge A. Raymond Randolph; served as an attorney-advisor in the U.S. Department of Justice’s Office of Legal Counsel and as a Bristow fellow in its Office of the Solicitor General; and practiced at a major New York firm.