Political science graduate leads by example to make a difference

Zarin Farook came to Wayne State University to study political science because she wanted to make a difference.

Soon, Farook will graduate with a bachelor of arts in political science with honors, along with a double minor of history and law — but it’s her extensive advocacy work that’s defined her experience at WSU.

“I think the big thing is realizing that you can make a difference,” said Farook, noting the on-the-ground work she did as an organizer. “When you have conversations with people and are able to hear how they feel about things, you are able to reframe your perspective to realize, ‘All these different things that people are talking about are not unsolvable problems.’ They’re things that with collective action can be properly ameliorated.”

Farook was an active member of several of service-orientated organizations at Wayne State, including Thrive and Be Active. She was also vice president of UNICEF WSU, where she helped raise funds to provide N95 masks, immunizations and water pellets to children affected by the crisis in Yemen.

“That is an organization that I’m really proud to have worked with,” Farook said of UNICEF. “We’ve focused on a number of global issues and fundraising and advocacy for those issues. We’ve been engaging with the local community as well. We’ve set up local volunteer opportunities for our members to engage with, such as creating audio books for children to help with literacy skills.

“Civic engagement amongst youth can be a hard thing to inspire, so we’re trying to help young people realize that they have a voice and it’s important that their voice and values are actually reflected in the people and decisions that govern their lives,” she said. “I tried to talk to as many different people as possible, conducting outreach to help people make voting plans, discuss voting strategies and emphasize the importance of getting involved in the political realm.” 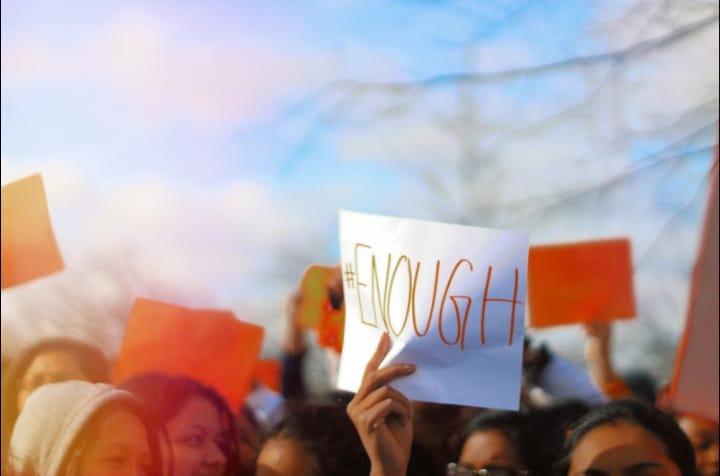 “I mostly focused on this initiative called Power to the People, which was focused on informing communities across the country,” she said. “We did research on the police commission of different cities and tried to set up roundtable events with community leaders, community members and nonprofit partners to talk more deeply about the state of police oversight within these cities. We also encouraged people to seek a role on citizen review and accountability boards to try to make sure that their perspective on law enforcement was taken into consideration in the way that their particular police departments operated.”

Farook’s academic work also earned her several awards, including the President’s Award, the Finish Line scholarship for outstanding seniors and the Place Gateway Award for her skill with historical methodology.

Farook presented research on ethnographic and theological perspectives on Islamic feminist theory at the Michigan State University Religious Studies Undergraduate Symposium. She also presented at Wayne State University’s Learning While Leading Conference about the roles of empathy and self-reflection in leadership, and she received an Undergraduate Research Opportunities Program grant to fund independent political science research on the intersection of race, gender and legislative behavior. 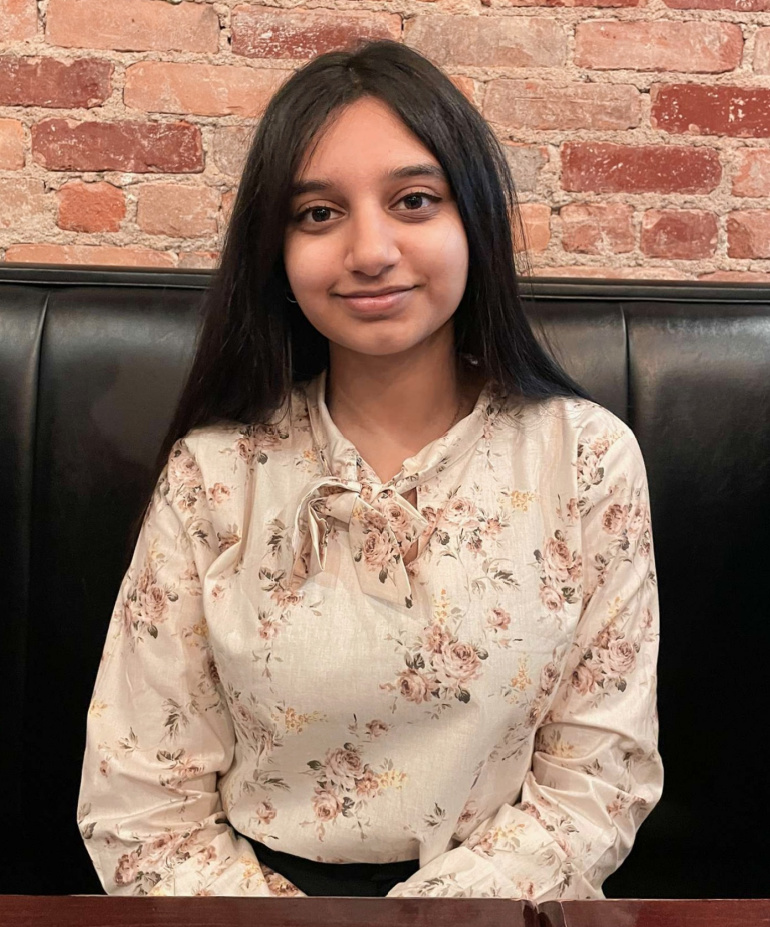 “I’ve really been lucky to have professors that have pushed me to develop what my scholarly interests were, and to pursue them actively,” Farook said. “It’s been really cool to grow into what my intellectual interests are and to have that encouraged by professors, and have the opportunities and resources to further that journey for myself.”

Farook has been able to accomplish so much during her time at Wayne State — the same school where her father made lifelong memories.

“My dad immigrated to the U.S. about 30 years ago to attend Wayne State to get his master’s in engineering, and he roomed with a few other guys who were international students from India,” she said. “Having that experience of being newcomers in a strange new world and all of them going through the same thing was really a bonding experience. I have reaped the benefits of that my whole life because their kids ended up being some of my best friends. It’s really special.”

Following graduation, Farook will begin working as a policy and advocacy specialist at United Way for Southeastern Michigan. As she looks ahead, she is thankful her experience at Wayne State reinforced her belief that she can change the world.

“It’s been a time for so much growth,” Farook said. “It’s helped me solidify why I'm interested in politics and the law, and how I want to use that passion to try to make a difference. My time at Wayne State has helped me feel more confident that I actually do have something to contribute in that space — and it has increased my confidence in both my leadership abilities, and my ability to be able to take on some of those challenges.”