There are plenty of reasons why Brandon Mays shouldn’t have earned a master of social work and graduate certificate in alcohol and drug abuse from Wayne State University. He dropped out of high school, grew up in a rough neighborhood, had health problems and even a run-in with the law.

But Mays never let any of that stop him. For every reason he shouldn’t have succeeded, he found a reason he should. Whether it be his family’s support, his own dedication and hard work or even a book by Judge Greg Mathis, Mays paved his own path and not only earning his degree, but also taking the stage as a commencement speaker at Wayne State’s winter ceremony.

“I can't believe I made it to the master's program,” Mays said. “I can't believe that I’m a commencement speaker. That, right there, is just a testament that you can make a difference. You can manifest your dreams. But faith without work is dead, you have to do your part. You can always talk about what you want to do. You can always dream about doing what you want to do, but you got to actually put that step forward. I just want to be an inspiration to others, just letting them know that it can be done.”

Growing up in the city of Detroit, Mays’ academic career got off to a very rocky start. He said he never knew the importance of school, so he didn’t take it seriously early on and eventually dropped out.

"I grew up in a drug-infested, kind of violent neighborhood,” Mays said. “Just being subjected to some of the influences around that neighborhood, you are kind of drawn to what you see. I never got off on a bad route, but the bad options and stuff was always there. Even during those times, my mother was always supportive and always told me I can do whatever I put my mind to.”

Mays moved to Georgia after dropping out to find a new lease on life, but still wasn’t in a good place. Mays completed his GED in Georgia but still experienced roadblocks, but after reading Greg Mathis’ book Inner City Miracle, he was inspired to do more to reach his full potential.

“He's from Detroit so it was a lot of similarities that I can relate to,” Mays said. “Some of his stories, some of the tough love that his mother had to show him, getting him locked up because he was stealing things from the neighborhood — that was a real motivational book. I didn't think I could identify with something in a book.”

Even with his GED, Mays wasn’t sure if he would ever go to college and ended up getting convicted of a felony for carrying a concealed weapon.

It wasn’t until his twin brother, Brian, elected to go to Wayne County Community College (WCCC) that Mays decided the two of them could do it together.

“Me and my brother graduated from WCCC together in 2011,” Mays said. “That right there was also a milestone in our educational career. We wasn't in competition, but we were kind of motivating each other at the same time.” 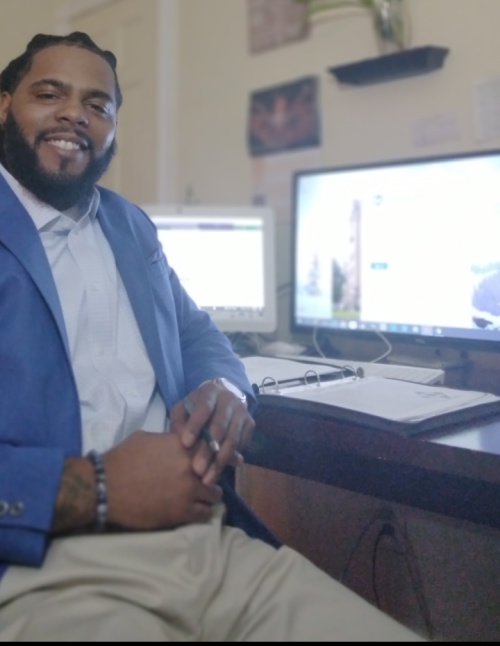 After he earned his associate degree, his younger sister, Tia, inspired him to continue pursuing his education as she earned a bachelor’s, graduating from Wayne State with a degree in social work in 2013.

“That was a motivation and a spark, just letting me know there is something better out there,” Mays said of seeing his sister graduate.

Mays originally wanted to go into occupational therapy after his mother suffered a stroke but the program closed at WCCC, so he switched to social work because he still wanted to help people.

“Ultimately, I just want to give back and help,” Mays said. "I saw my mother go through her personal struggles. I just know life is about relationships, and if I invest in that, I'm better off in the long run.”

Mays earned a bachelor’s in social work at University of Detroit Mercy, where he also received the Dean’s Gold Key Award and was a member of the Kappa Gamma Pi Honors Society and the National Honor Society of Leadership and Success.

In addition to their support, Mays’ family also taught him to give back. Mays has volunteered with “R” Recovery, an addiction recovery walk, Capuchin Soup Kitchen and at Central United Methodist Church, where he has assisted in feeding and clothing the homeless.

“I enjoy giving back, seeing the joy on people’s faces, mostly helping them and you’re not trying to get something in return,” Mays said. “My mother always taught and instilled in us, treat others how you want to be treated… she used to take us there (Central United Methodist Church) a lot. We used to do a lot of volunteer work there, just giving back to the community. I’ve run into some of the people I’ve helped, and they remember me.”

Mays said his entire family — his mother Shirley, his father Kenneth, and his siblings Connie, Kenneth, Brian, Tia and Kelley — knows the importance of education. Kelley even recently earned a Ph.D. in marriage and family therapy from Amridge University.

“We are big on affirmations, so we send each other positive affirmations through a group text,” Mays said. “We just support each other no matter what.” 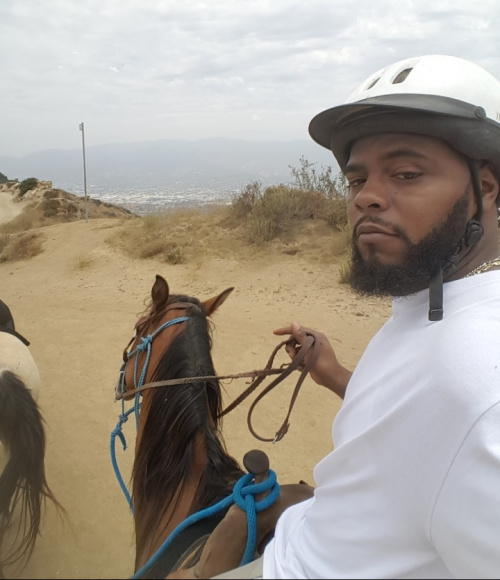 Once Mays had his bachelor’s, he decided to take his education a step further and earn a graduate degree. He enrolled at Wayne State through the advanced standing program.

Mays appreciated the professionalism of the professors at Wayne State, who treated him with respect and gave him the confidence that he could be a social worker.

"My personal experience with the professors is they’re building professionals,” he said. “It’s not the teacher against the student. ‘You failed this test, you gotta take this over. Or you're not getting it, maybe next semester?’ No, if you struggled with something, they really take the time out to help you. The professors just instill why we are here, our goals as social workers and our ethics.”

Mays hit a bump in the road when he ended up in the hospital, but his classmates and professors were able to help pick him back up.

“When I was in hospital, I had classmates motivating me,” Mays said. "Telling me, ‘Think positive, use that energy to praise God and give thanks despite your circumstance.' So that’s what I've been doing.”

Mays is hopeful the health scare is behind him. He’s also working with his brother Brian, who earned a degree in criminal justice, to get his criminal record expunged. And from there, Mays hopes to start helping people right away.

“I'm a people person, so if I can find a job I love, like Confucius say — you never have to work a day in your life,” he said. “My long-term goal is to open up a small facility where I can do individual and group therapy. Just trying to help those that are battling addiction. I love to prove people wrong — you can come from literally nothing to something.”