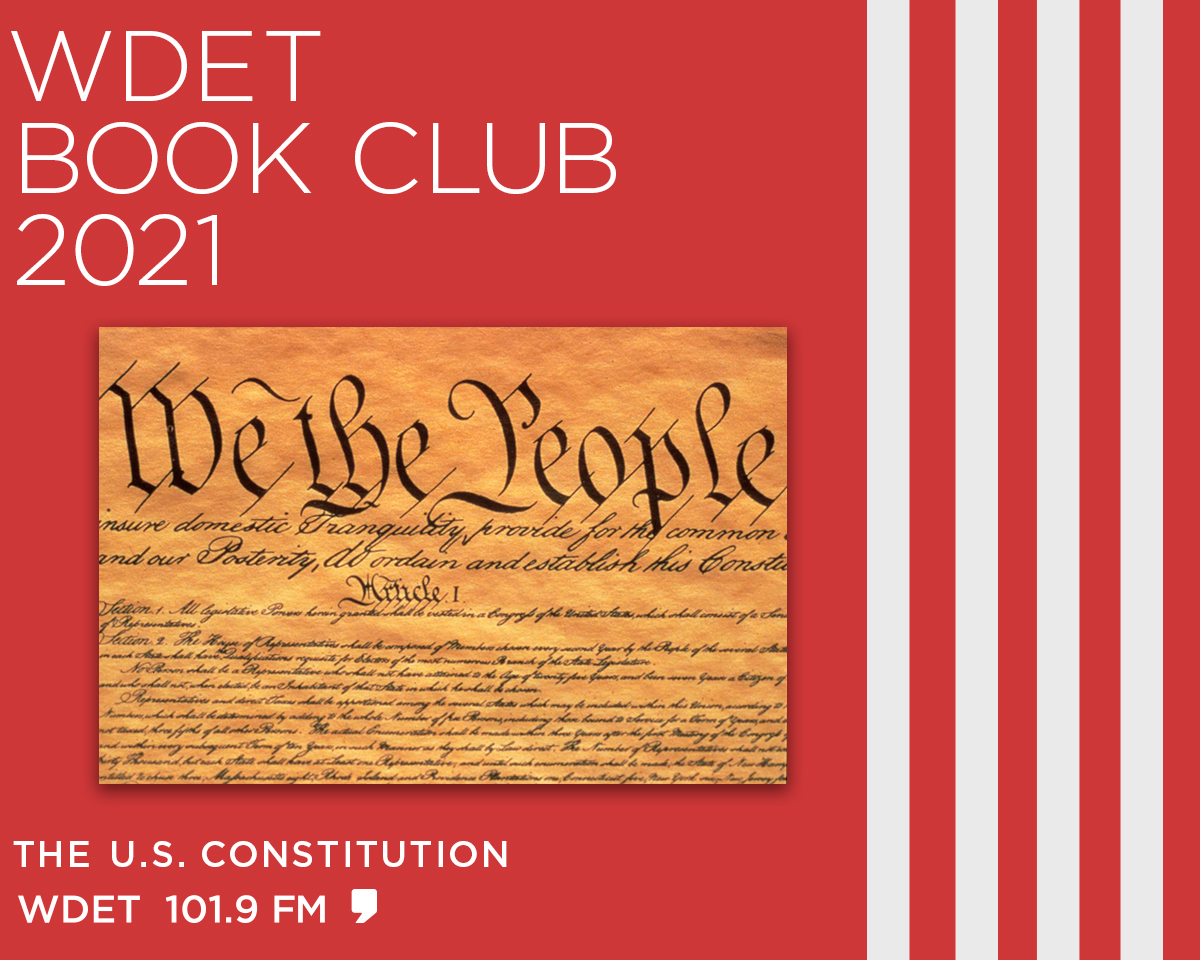 And, in a twist on the station’s usual book club led by Detroit Today with Stephen Henderson, the entire station — from Henderson to the station’s well-known music hosts and award-winning news team — will participate in the discussion.

“Our talented staff will take a multifaceted look at these founding documents that have inspired Americans and democracies around the world for generations,” said Mary Zatina, general manager of 101.9 WDET. “We’re excited to be fulfilling our essential public service mission for metro Detroiters through this project.”

The book club will launch July 4 and continue until Sept. 17, Constitution Day.

Detroit Today has led citywide discussions on books such as Invisible Man by Ralph Ellison, What the Eyes Don’t See: A Story of Crisis, Resistance and Hope in an American City by Mona Hanna-Attisha, and Evicted: Poverty and Profit in the American City by Matthew Desmond. This summer’s conversation will be just as illuminating and challenging.

The U.S. Constitution and Bill of Rights are vital to understanding our present political moment.

“So many of the things that we can’t agree on now find their most basic echoes in the Constitution itself: the ways it promised equality, for some, and the ways it has both delivered on and frustrated the march toward equality for others,” said Henderson, Pulitzer Prize winner and host of Detroit Today.

This won’t be a dry reading of these important documents, which have inspired people and governments across the globe.

Henderson, a former U.S. Supreme Court reporter, will dive deep over 10 weeks to talk about issues — from criminal justice and the Second Amendment to religious and gender equality — and how they’ve been understood across centuries of legal battles.

Our culture hosts will select music and tell stories to understand how these documents have affected the American zeitgeist.

And news reporters will report on how issues critical to Detroiters, from gerrymandering to gun regulation, exist under the Constitution and Bill of Rights today.

The WDET Book Club will extend across Detroit and across WDET’s staff, including on-air programming, live and virtual events, and a robust conversation in our Facebook group “WDET Book Club.”

The effort is a core part of WDET’s public service mission and is made possible with the generous contributions of our donors.

“A mixed-format station like ours, which incorporates news, music and conversation, gives us a unique position to robustly examine facets of these founding documents,” said Zatina.

For further information about the project, go to WDET.org/constitution. Program Director Joan Isabella is available for interviews to discuss how listeners will benefit from its activities. Please reach out directly to schedule an interview today.