El Central Hispanic News has been a pioneer in bilingual and Hispanic cultural news for the past 30 years. Situated on Detroit’s southwest side, the award-winning publication is the oldest and only bilingual newspaper in Michigan.

These days, thanks to a gift from the publication’s owner, Dolores Sanchez, Wayne State 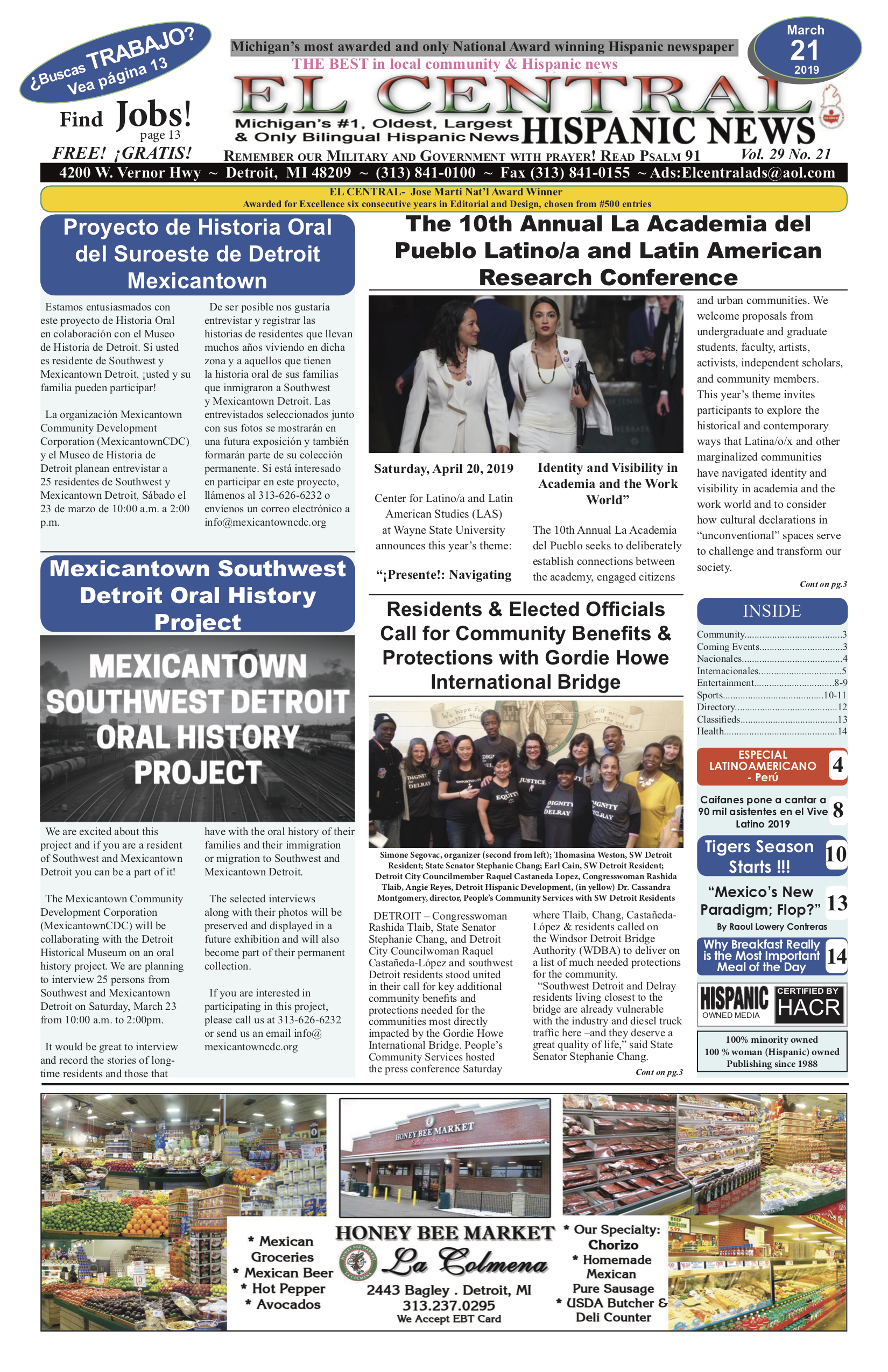 University is home to every single issue of the newspaper from 1988 to 2017. One of only three full 30-year sets of issues in existence, the WSU collection is housed in the Walter P. Reuther Library, where archivists make them available to the public.

“The importance of the 30-year run is that it documents many of the important events in Detroit’s and Michigan’s Hispanic community — a population whose contributions to the city’s and state’s society have been ignored by the mainstream media,” said Jose Cuello, associate professor in the Department of History and Center for Latino and Latin American Studies.

Cuello and his wife, Marie, were largely responsible for assembling the El Central collection, working two years ago to bundle each issue of the paper, dating from its earliest publications in ’88 right up to the then-current 2017 editions. Together, the pair worked a combined 80 hours over three weeks to organize the three 30-year sets of papers — including one set for WSU and another for Sanchez, the publisher.

“It was hot, humid and dusty,” recalled Cuello. “We drank a lot of water and could only work six hours a day. The building had been sold, so we had a deadline to get the newspapers out before internal demolition began.

“Each run fit into only seven banker’s boxes, but sorting them out was a major task.  We had to make sure we had all of the issues for every set, and we had to recycle a great number of duplicate issues.”

The acquisition is important to Wayne State University because the newspaper documents the important events in Detroit and Michigan’s Hispanic community that probably would have otherwise gone overlooked, Cuello noted.

But while some may not have noticed the paper, others said they view El Central as essential to Detroit’s identity.

“El Central provides a voice for and to Detroit's Latino community in a way that no other news outlet does and from the perspective of the people of that community,” said Louis Jones, field archivist at the Reuther Library. “That's vitally important, so much so that I cannot envision Detroit without the existence of El Central.”

In fact, coverage of such stories was the primary reason that Sanchez created Sanchez Communications, through which she publishes El Central Newspaper. Sanchez created her company to not only inform Hispanic people — mainstream media — of the news, but to also promote and enhance the image of Hispanics and Hispanic-owned businesses. "Dolores Sanchez is the force behind El Central," said Jones. "Her commitment to Detroit's Latino community is unparalleled."

In the past 30 years, El Central Hispanic News has received more than 30 local, state and national awards. And having access to the paper’s three decades of award-winning journalism promises to be a huge boon for the library and the endless stream of researchers it draws.

“Now that Wayne State University's Walter P. Reuther Library of Labor and Urban Affairs has a full run of back issues of El Central," said Jones, "students, professors, journalists, documentary film makers, exhibit curators, genealogists, and a host of other people will be able to mine this collection as they pursue any number of projects regarding Detroit's Latino community."