Detroit’s public radio station, WDET, is partnering with Feet in 2 Worlds (Fi2W) to launch a fellowship for immigrant journalists and journalists of color in Detroit.

The Feet in 2 Worlds Detroit Food Journalism Fellowship will provide opportunities for three journalists to gain skills in audio and multimedia reporting. Fellows and their stories will appear on WDET’s daily arts and culture program, CultureShift, and in Feet in 2 World’s forthcoming national online food magazine.  Fellows will be based in WDET’s newsroom and will receive training and mentoring by Feet in 2 Worlds, as well as compensation for work produced during the fellowship. The program is scheduled to run from late September through December 2018.

“WDET is committed to not only increasing the diversity of voices and perspectives that appear in our programming, but also the diversity of people who are reporting on and producing those stories,” says Michelle Srbinovich, general manager at WDET. “We look forward to working with a partner who shares that commitment.”

Since its founding in 2004, hundreds of immigrant journalists have participated in Feet in 2 Worlds training programs, enhancing their skills and allowing them to advance their careers.

The partnership follows a one-day food journalism workshop hosted by Feet in 2 Worlds in June as part of Detroit’s Allied Media Conference. Over 20 people attended the workshop, which was designed to help journalists, journalism students and culinary professionals improve their skills in telling stories about food from immigrant communities. 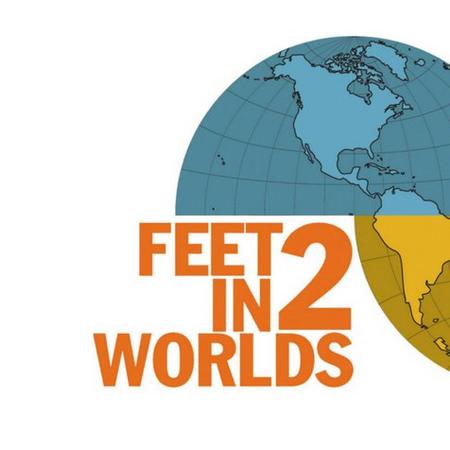 “We are thrilled to partner with WDET to bring Fi2W’s unique and highly effective training and mentoring methods to Detroit,” said John Rudolph, executive producer and founder of Feet in 2 Worlds. “Detroit has a wealth of food stories waiting to be told.  We look forward to working with immigrant journalists in the city to help them reach new audiences on public radio and online.”

WDET will support the partnership through its Detroit StoryMakers initiative, which trains multimedia artists and producers and provides them with platforms to bring their stories to life — on the radio, online and in the community. Support for Detroit StoryMakers comes from The John S. and James L. Knight Foundation, the Michigan Council of Arts and Cultural Affairs and through matching gifts from station donors.

Feet in 2 Worlds will provide support for the fellowship through grants from the John S. and James L. Knight Foundation and The International Association of Culinary Professionals’ foundation, The Culinary Trust, and its Growing Leaders Food Writing program. The Food Writing Program is funded with the support of the Boston Foundation.

Interested journalists are encouraged to apply through the Feet in 2 Worlds site through Aug. 26. More information about WDET’s Detroit StoryMakers initiatives is available at wdet.org/storymakers.

Updates on the fellowship and stories produced by the fellows will be shared via WDET and Feet in 2 Worlds’ Twitter accounts @wdet and @fi2w as well as through the hashtags #foodin2worlds and #DETstorymakers.

WDET is Detroit's public radio station and NPR-affiliate. For nearly 70 years, 101.9 WDET has provided an independent voice for Detroit through a mix of local and national programming that is as unique as the city and region we serve. Our mission is to be the authentic voice of Detroit. We serve an engaged, diverse and curious audience through trusted news, inclusive conversations and cultural experiences that empower our community to move forward. WDET is a community service of Wayne State University.

About Feet in 2 Worlds

Feet in 2 Worlds brings the work of immigrant journalists from communities across the U.S. to public radio and the web. Through training programs, partnerships with other media organizations, and original stories and podcasts on its website Fi2W.org, Feet in 2 Worlds documents the construction of a new American identity connecting immigrant stories to the mainstream and empowering and inspiring listeners and readers. Feet in 2 Worlds is a project of the Center for New York City Affairs at The New School.