For some Wayne State University students, the struggle to survive college goes well beyond the stereotypical ramen-noodle diet, taskmaster professors and the morning battle with their alarm clock. 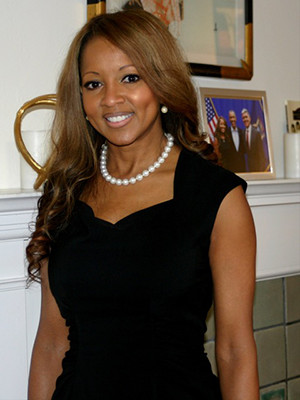 In fact, for some, waking up in the morning is far less a concern than figuring where they will lay their head for the night.

In a nation where thousands of college students grapple each day with the grim realities of housing insecurity — sleeping in their cars, “couch surfing” in friends’ dorm rooms or even bedding down in shelters or on the street for a night or two — Wayne State is in many ways no different than countless other campuses.

The university’s response to the problem, on the other hand, has been nothing short of exceptional.

Upon arriving at Wayne State, President M. Roy Wilson and wife Jacqueline were quickly confronted with the oft-obscured issue of student homelessness and housing instability. Not too long after arriving on campus, the first lady had a chance encounter with a medical school student who, she learned, was living out of his car. She decided then that something had to be done.

“Students should not feel trapped into making a choice of survival or success,” said Wilson. “The HIGH Program was established to provide resources that assist students facing challenges as they pursue their education.”

Since it was established, the HIGH Program has worked steadily to provide resources such as housing support, transportation, childcare assistance, textbooks and school supplies to help students get back on track.

Meanwhile, she’s also enlisted the help of state agencies, with the Michigan Department of Health and Human Services providing two case workers in the Welcome Center. Case workers can assist currently registered Wayne State students with applying for state benefits such as food subsidies and assistance with rent, childcare costs and utility bills.

The program’s success hasn’t gone unnoticed. Recently, the HIGH Program was recognized by the U.S. Department of Education for its efforts, an honor that further inspired Wilson to continue her efforts.

“Through the hard work on the part of each student and the resources and encouragement offered through the HIGH Program, earning a degree becomes an achievable goal,” she said.