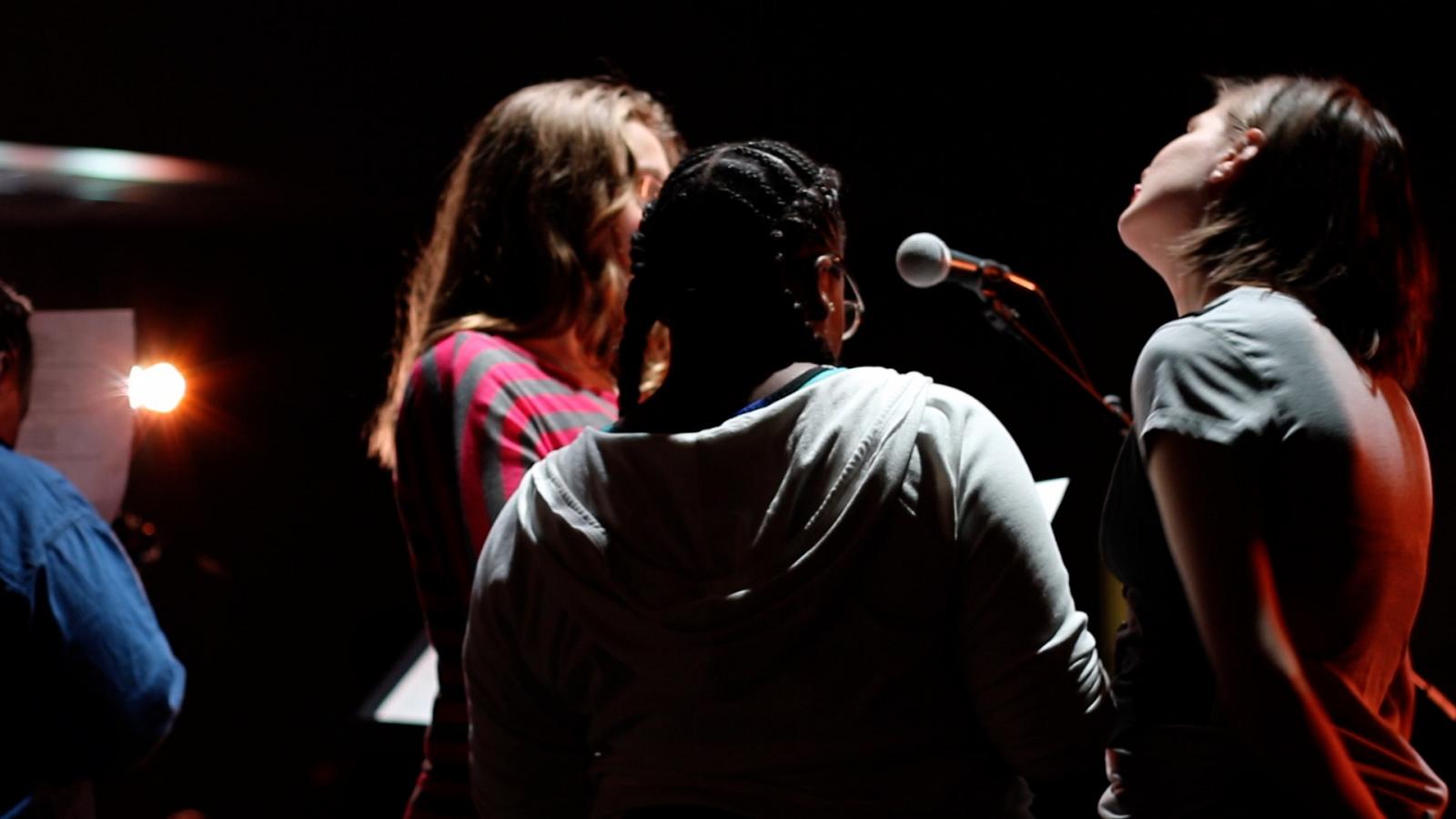 Sharon Tse believes in the universal healing power of music.

“Music knows no borders. It has the ability to connect people — with their own inner thoughts and feelings, and with their peers — in ways that nothing else can,” Tse said.

In addition to her role as a strategy and performance improvement consultant within Wayne State’s Finance and Business Operations, Tse is a musician who volunteers with the nonprofit organization Lost Voices. The group — which includes professional folk and blues musicians — helps empower kids who have experienced trauma find hope and healing by creating a safe atmosphere where they can express themselves through music.

“Everyone needs some sort of positive outlet to deal with challenges,” Tse said. “These kids, in particular, are facing extraordinary challenges very early in life, be it abuse, neglect, human trafficking. We want them to know that we care and we believe in them.”

Lost Voices, founded in 2007 and based out of the Plymouth Arts and Recreation Center (PARC), offers five-day songwriting and performing workshops specifically designed for residential treatment or incarceration facilities where adolescent victims of trauma currently receive therapy. With the help of Tse and other volunteer musicians, adolescents articulate their feelings and experiences into song lyrics, which are then crafted into folk and blues songs. Most workshops include both group and individual songwriting exercises. At the end of each workshop, the musicians put together a professionally staged concert, during which the kids perform their individual and group songs for their peers, families and friends at the treatment facility.

“It’s incredible to watch how the kids really respond to the music; they bloom right before your eyes,” Tse said. “Most of these kids have had to put up a wall to protect themselves, so they’ve learned not to open up because it hurts too much. Our program helps them build confidence and self-awareness, and to ultimately open up and allow themselves to be vulnerable in a safe, encouraging atmosphere.”

She attributes this to the nonthreatening storytelling style associated with folk music, which is introduced to participants at the beginning of each workshop before journaling activities and hands-on songwriting sessions.

“It’s a style of music that the kids are typically unfamiliar with. They haven’t heard of Woody Guthrie, but the heart of folk music speaks perfectly to these kids,” she said. “It’s a style that has been traditionally used to speak for groups of people who have been marginalized or overlooked. It gives people voices, which is exactly our goal.”

Tse — a lifelong music-lover who plays guitar, percussion and keyboard — said that although the workshops are only a few days, the group makes a significant impact in their brief interaction with participants. The program encourages breakthroughs and offers facility therapists new insights about the kids they are working with and how to best help them.

“For some of these kids, this workshop is the very first time that they are treated as a human being who matters, who has value. We don’t ask anything of them. They don’t have to do something to get something — a lot of these kids are very used to being treated that way,” she said. “We don’t ask them anything like that; we just want them to tell us about themselves and we want to listen.”

To learn more about Lost Voices – including volunteer opportunities and their 60-Day Director’s Fundraising Challenge to expand their programming and help more adolescents – visit their website.