Jose Cuello and the art of being human 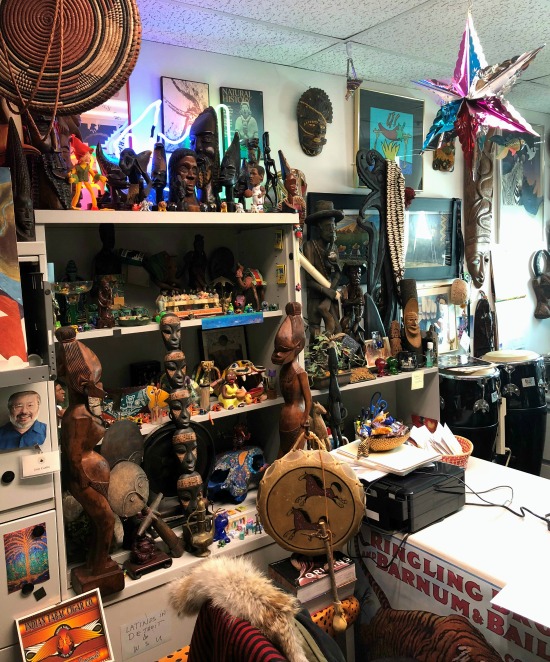 Walking into Wayne State University Associate Professor Jose Cuello’s cramped office in the Faculty/Administration Building is akin to stepping into a museum.

To the left of his desk, a host of large and small wooden statues from assorted African nations rests on a bookshelf, carvings of elephants and giraffes and fish vying for space alongside stacks of educational DVDs. The walls are adorned with tribal masks. Headdresses decorated with cowrie shells and bright jewelry glint in the sunlight pouring in from a nearby window. Wooden renderings of potbellied goddesses sit scattered around, mingling with carved drums and statues of men smoking pipes, bejeweled gourds, and sculpted images of Buddha and dreadlocked Rastafarians. In all, more than 150 pieces sit inside Cuello’s office.

The collection has allowed Cuello, who teaches courses on race as well as Latin American and European history, to transform his office into an extension of the classroom. He said he encourages his students to come to his office to learn more about the philosophies and patterns of first world people. He views lessons often taught through indigenous art, such as the need for people to be good stewards of nature, as essential.

“We have to have a reciprocal relationship with the earth; that’s the way to survive,” said Cuello.

A former director of the Center for Latino/a and Latin American Studies, where he still teaches, 71-year-old Cuello has been filling his office with art from indigenous cultures for a decade. Most of the art he has gathered hails from African and Asian nations, the Caribbean and the Pacific Islands. And while the bulk of his collection is packed into his campus office in the Faculty/Administration Building, he also keeps at home larger pieces that won’t fit inside his office.

As varied as all of the artwork is, Cuello explained that the pieces’ common thread is in their humanity. 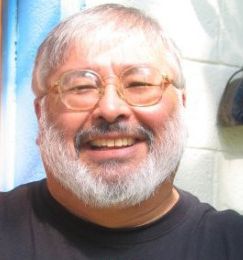 “I believe our primary identity as individuals should be ‘I am a human being’ rather than ‘I am an American or African American or I’m Latino,’” Cuello said. “Those are secondary identities. I think that a lot of confusion and conflict in the world results in the fact that we do not recognize that we are all one species.

“We all have, across the world and across time, the same emotions. Every human group, every ethnic group, whether it’s German, African, they all have love and hate, they all have greed and charity, they all have fear and bravery. We have all these dualities within us that define the human character.”

Cuello has been teaching college for more than 30 years, starting in Wisconsin in 1983 before joining the Wayne State faculty six years later. A historian, he specializes in teaching about colonial Latin America.

His passion for the history of indigenous people fuels a big part of Cuello’s desire to collect art, but Cuello, who immigrated to the U.S. from Mexico with his parents as a small child, also is inspired by his personal background and his own artistic inclinations. In addition to collecting art, Cuello is himself a painter, creating under the name of his company, Black-T Art. Assorted pieces he created are currently on display at the Garage Cultural, a Southwest Detroit community center.

“The reason I collect this art is because it reflects our humanity,” said Cuello. “We all have multiple identities, so your ethnic identity should not be in conflict with your American identity or your human identity.”