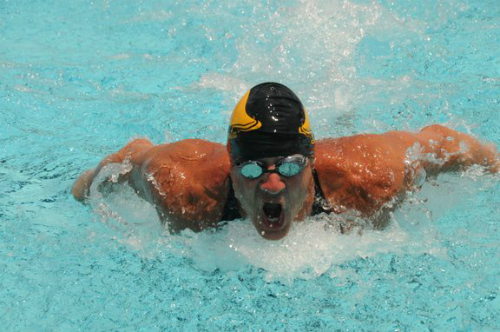 As a competitive swimmer who was ranked among the top 10 in the nation in his age group, David Hefner (pictured), vice president of health affairs at Wayne State, never thought he would suffer a massive heart attack at age 47.

But that’s exactly what happened on Saturday, Oct. 26, 2002. After some laps in the pool, David had started to feel nauseous, experiencing shortness of breath and not feeling like himself. He decided to cut his practice short. Once back at home, in a way that only a significant other can, David’s wife, Joan, noticed the distressed look on her husband’s face. Joan asked David if he was upset or annoyed with her.

Joan knew that even that slightest bit of pressure on his heart was not normal for her husband. By recognizing that and other signs, Joan ended up saving David’s life. What doctors found was that David’s heart had 100 percent blockage in the left anterior descending artery — commonly known as the widowmaker (pictured), which supplies the largest amount of blood flow to the heart. 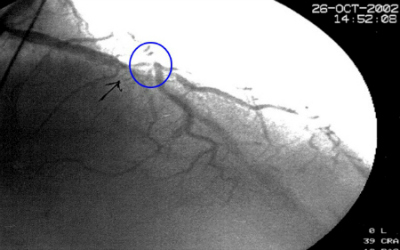 It came as a shock to them both, especially since David didn’t have any of the risk factors associated with heart disease such as smoking, being overweight, or having a poor diet or high blood pressure.

“I never thought that would happen to him because he was so physically active,” Joan said. “He took such great care of himself. He was in the pool every day, five to seven days a week. I always thought that with my family history, it would be him looking down at me on the gurney. But that was reversed.”

Thanks to the medical team at Chippenham Medical Center in Richmond, Virginia, they were able to get a stent into the widowmaker to restore blood flow to the heart. David fully recovered soon after the heart attack, with minimal damage. He even ended up competing in a swimming event later that year. But he understands how fortunate he is.

“Half the people who have had what I had, their first sign is their death. And the other half end up with cardiomyopathy or a lot of heart damage,” David said. “Between those two things, it was bad outcomes either way. If we had waited to go get it checked, I would’ve been in that first half.”

David’s heart attack is one of the reasons he and Joan have intensified their efforts and worked closely for the past 15 years with the American Heart Association (AHA) to support the organization’s mission to build healthier lives, free of cardiovascular diseases and stroke.

“Eating well wasn’t sufficient for me, evidently. Exercising vigorously wasn’t. Certainly, listening to my spouse paid off big dividends,” David said. “But the key here is to contribute to the American Heart Association on behalf of spurring the kind of research that not only saved my life, but also could hold the cure for intervening in advance of an event like this.” 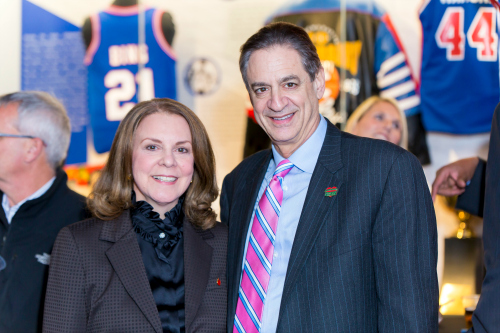 David and Joan encourage the campus community to help advance the lifesaving research made possible through the AHA’s Metro Detroit Heart Walk that will take place May 12 on Wayne State University’s campus. This year, the Southeast Michigan AHA selected WSU President M. Roy Wilson to coâ€chair the milestone 25th anniversary of the Heart Walk alongside Wright Lassiter, President and CEO of Henry Ford Health System.

As one of the longest-running walks in the metro Detroit area, the event annually brings in more than 10,000 walkers, and raises millions of dollars for research and community awareness. Proceeds from the Metro Detroit Heart Walk go directly to the AHA for cardiovascular research and heart health educational programs, locally and nationwide.

With just over a month until the walk, David and Joan already see the university coming together to create teams, donate and spread the word about the importance of heart health. For the Hefners, the response has been heartwarming.

“The amount of employee and student engagement is off the charts already, and we’re just at the beginning. We hope to see more as we get closer,” David said. “It really is a demonstration of people being touched by something and then wanting to make a difference.”