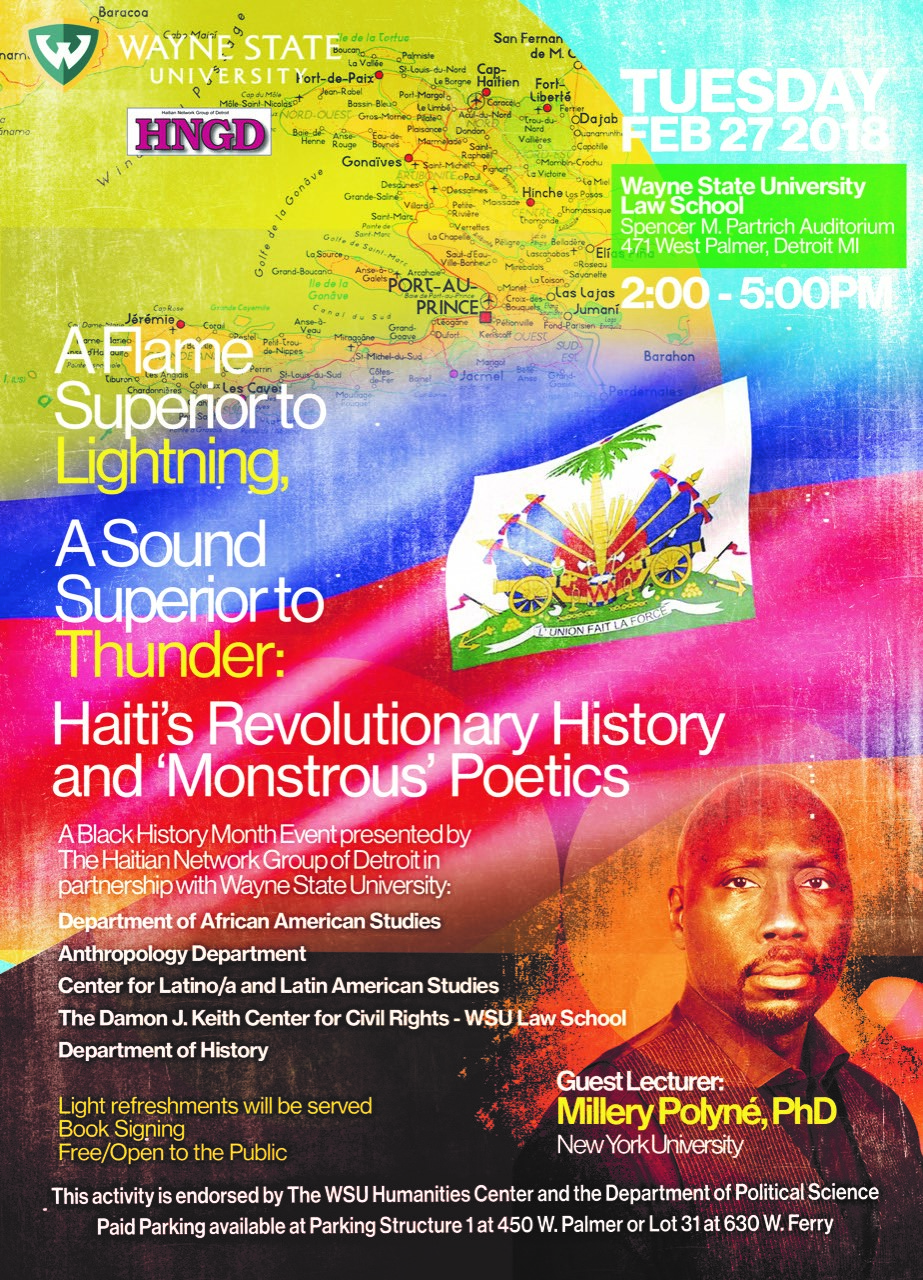 In celebration of Black History Month, the Haitian Network Group of Detroit has partnered with Wayne State University to host a lecture next Tuesday, Feb. 27, by historian and author Millery Polyné on the legacy of the Haitian revolution and the poetry inspired by the uprising.

The lecture, “A Flame Superior to Lightning, A Sound Superior to Thunder: Haiti’s Revolutionary Legacy and ‘Monstrous’ Poetics,” will be held from 2 to 4 p.m. at the Wayne State University Law School’s Spencer M. Partrich Auditorium, located at 471 W. Palmer in Detroit.

The program helps mark the more than 200 years since Haiti — known formerly as the French Caribbean colony of St. Domingue — declared its independence and ended a protracted revolutionary struggle that reverberated across the Atlantic and dramatically redefined freedom in the African Diaspora and beyond.

A Morehouse College alumnus, Polyné holds advanced degrees from the University of Michigan. His teaching and research interests focus on the history of African American and Afro-Caribbean intellectual thought, coloniality in the Americas, human rights and dictatorship, and race in sports. He has published numerous journal articles and the book, From Douglass to Duvalier: U.S. African Americans, Haiti and Pan Americanism, 1870-1964 (University Press of Florida, 2010).

Light refreshments and a book signing will follow his talk, which is free and open to the public. For additional information about the event or the Haitian Network Group of Detroit, please contact haitiannetworkdetroit.org or call 248-231-5767 or 248-514-6494.