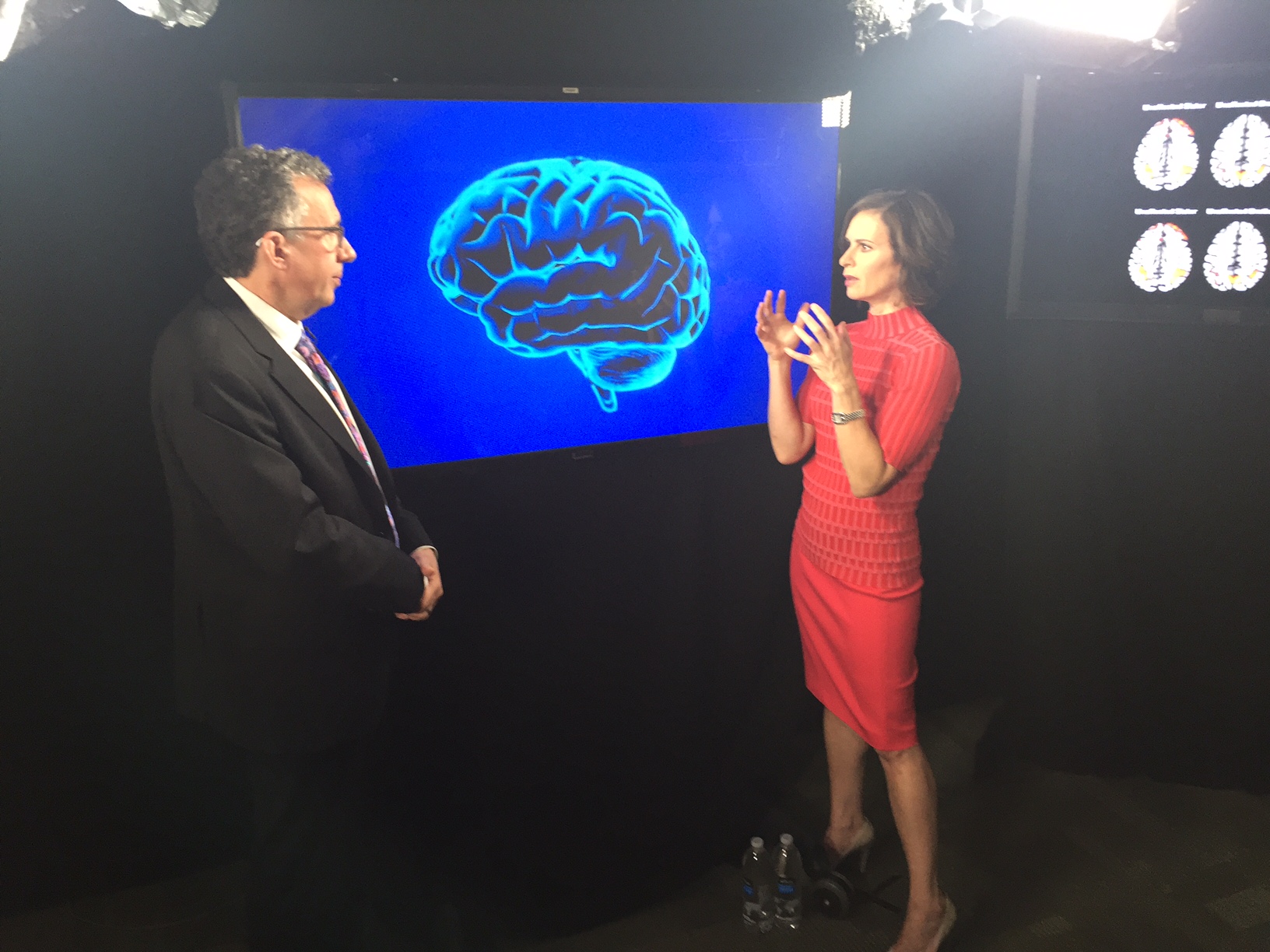 ABC television and “20/20” program co-anchor Elizabeth Vargas turned to Wayne State University School of Medicine Department of Psychiatry and Behavioral Neurosciences Professor and Chair David Rosenberg, M.D., for insight into the effects of compulsive internet device use on the child and adolescent brain for an episode expected to air May 19 at 10 p.m. Eastern Standard Time.

Compulsive internet use is increasingly common, he said.

“Internet addiction in children and adolescents is a growing problem and part of our culture. The internet is a wonderful servant, but a cruel and crippling master,” Rosenberg said. “There is some debate in the field about whether internet addiction is real addiction or pathology. We contend it exists, and it can devastate children and their families. But there are differences – as well as similarities – with other addictive behavior, and you can't just stop with a diagnosis of internet addiction, since there are always underlying conditions that must be aggressively diagnosed and treated for the long-term benefit of the internet addiction.”

Rosenberg shared with Vargas his department’s approach to internet addiction, brain imaging and neuropsychiatric assessments, as well as problems with executive function, brain abnormalities and changes observed in the brain after digital fasts. A digital fast, also known as a digital detox or unplugging, is when an individual voluntarily stops using all connected devices such as smart phones, tablets and computers for a specific period of time. The department’s preliminary studies, while needing considerable additional research, suggest that brain abnormalities may normalize with a digital fast, but those normalizations may not persist if the individual’s environment does not change. This includes the continuation of possible family behaviors that may enable internet excess.

“It is not an isolated phenomenon. There are always associated and underlying conditions, such as depression, poor self-esteem, poor impulse control, anxiety, obsessive compulsive behaviors and chronic pain,” he said.

The studies discussed for the television show are facilitated by the unique and state-of-the-art MRI infrastructure at Wayne State University, and the expertise of internationally-recognized scientists and MRI experts Vaibhav Diwadkar, Ph.D., and Jeffrey Stanley, Ph.D., department faculty members who are conducting pioneering and sophisticated MRI imaging studies that are unlocking potential mechanisms for a wide variety of neuropsychiatric disorders.

“They are leaders who are sought out by teams doing neuroimaging throughout the United States, and internationally,” Rosenberg said.

Filming of clinical interviews and neuropsychiatric/neuropsychologic assessments took place over the last year at WSU’s Tolan Park Medical Office Building and the WSU MR Research Facility at the Detroit Medical Center. He also was interviewed last week by co-anchor Vargas in New York.

The appearance is one of several Rosenberg has made on the program since 2009 about the department’s studies into obsessive compulsive disorder utilizing functional magnetic resonance imaging technology.

“I was honored and humbled. Hopefully this is an opportunity to let people know what to recognize, and that there is hope,” he said.

He also spoke with ABC’s local affiliate, WXYZ-TV, on May 10 for a related segment about the affects of both regular and excessive iPad use on a person’s behavior and brain. That interview is expected to air at 11 p.m. May 19, following the "20/20" program.