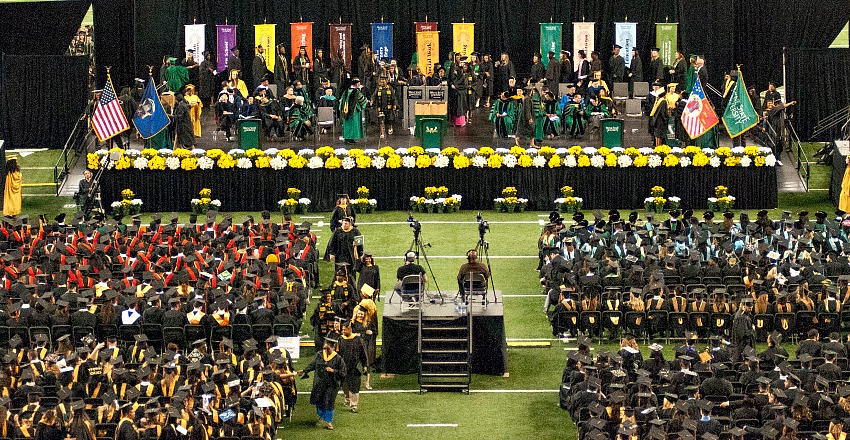 More than 4,000 Wayne State University students have applied for graduation, concluding the university's 149th academic year. The spring 2017 commencement will feature six ceremonies over two days on Tuesday, May 9, and Wednesday, May 10, at the Fox Theatre, 2211 Woodward Avenue, in Detroit.

During the 9 a.m. ceremony on May 9, an honorary doctor of laws degree will be bestowed upon Charles Gilchrist Adams, pastor of Hartford Memorial Baptist Church since 1969. Adams is being recognized for his continued commitment to the spiritual growth and development of the church and his service to Detroit.

A native Detroiter and Cass Tech graduate, Adams was president of his sophomore class at Fisk University and graduated with honors from the University of Michigan and Harvard Divinity School. Among his numerous awards and citations, he has 13 honorary doctorates. He served as a professor of preaching at the Ecumenical Theological Seminary in Detroit, and was the inaugural Will and Lucille Nickerson Professor of the Practice of Ethics and Ministry at Harvard Divinity School. He also served four years as president of the Progressive National Baptist Convention, and president of the Detroit branch of the NAACP.

College of Liberal Arts and Sciences

College of Liberal Arts and Sciences

School of Library and Information Science

Wayne State University is a premier urban research institution offering more than 350 academic programs through 13 schools and colleges to more than 27,000 students.