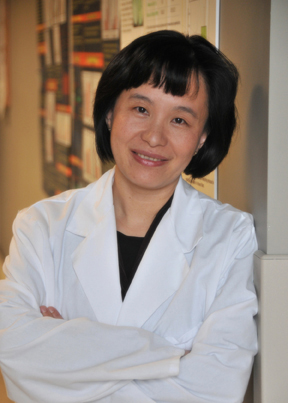 According to Mao, the global gas sensor market is estimated to be about $20 billion, while the subset of the nanosensor segment was only $13.1 million in 2014. The small market size is partially attributed to the lack of feasible manufacturing techniques that allow the utilization of novel nanomaterials for sensor applications. The complexity and cost have prevented rapid growth of the domestic nanosensor market despite tremendous progress in nanomaterials research and development.

“This technology may reduce the cost and complexity of the manufacturing of nanowire sensors and could potentially propel significant growth of the nanosensor market,” said Mao.

The project will pursue a gas sensor manufacturing technology, which is compatible with current microelectronics.

“We will rely on a solution crystallization process that places nanowires directly and precisely on chips,” said Mao. “The technology stems from a discovery of organic crystalline compounds that were mixed with nanoparticles, and nanowires nucleated on nanoparticles upon solvent evaporation.”

The nanowire sensor has been tested against a number of gases to obtain sensor performance data. In current competing technologies, nanowires need to be aligned and placed at precise locations and orientations on the patterned substrates, a complex process to scale up. The method being developed by Mao and her research team will synthesize organic nanowires directly on the metal substrates by using the substrate pattern as nucleation points for the nanowire growth and orientation.

The award number for this National Science Foundation I-Corp grant is 1657327.