In the spirit of Dr. Martin Luther King Jr., Wayne State University and the Arab American National Museum (AANM) are collaborating with the W.K. Kellogg Foundation and more than 130 organizations on Tuesday, Jan. 17, for a National Day of Racial Healing.

Wayne State and the AANM will host three events on WSU’s main campus in an effort to heal the wounds created by racial, ethnic and religious bias and build an equitable and just society where all children can thrive. Also partnering with WSU and AANM is The Campaign to Take on Hate, a national grassroots movement that promotes positive images of Arab and Muslim Americans, and engages non-Muslims and non-Arabs to help build a community and society that seeks to eradicate and eliminate all forms of hate, bias and discrimination.

Given the challenging national climate, this is a timely concern.

"Out of crisis can come opportunity,” said Peter Hammer, professor at the Wayne State Law School and director of WSU’s Damon J. Keith Center for Civil Rights. “Building effective multiracial coalitions is the most viable bridge we have to a more equitable, peaceful and inclusive society. All Americans will be judged by how they respond to this moment."

The day’s events are organized by Wayne State’s Office of Diversity and Inclusion, the Office of Multicultural Student Engagement, and Wayne Law’s Detroit Equity Action Lab. The events are: 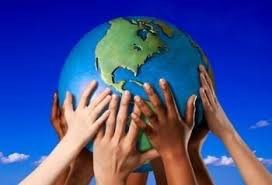 “Over the past year we’ve hosted a number of dialogues on campus to provide people a space to share thoughts and feelings in the wake of tragic or challenging national events,” said Marquita Chamblee, associate provost for diversity and inclusion and Wayne State’s chief diversity officer. “It’s important to be able to proactively engage in thoughtful conversation about what racial healing might look like on our campus and out in the larger community. This event is serving as a springboard to future dialogues and forums we’ll be hosting in the coming year.”

In the next few weeks, the Kellogg Foundation and its Truth, Racial Healing & Transformation (TRHT) colla­borating organizations will carry out a variety of events to mark the first-ever National Day of Racial Healing. The TRHT, community, corporate and nonprofit partners represent a collective network of nearly 300 million Americans.

“The Arab American National Museum is proud to participate in the National Day of Racial Healing with Wayne State University,” said Dr. Matthew Jaber Stiffler, research and content manager for the AANM. “Now is the time to stand in solidarity against racism and injustice. At the AANM, we value building bridges and addressing social issues in addition to educating the public about the history, culture and contributions of Arab Americans.”

The Arab American National Museum (AANM) documents, preserves and presents Arab American history, culture and contributions. AANM is accredited by the American Alliance of Museums; an Affiliate of the Smithsonian Institution; and a founding member of the Immigration and Civil Rights Network of the International Coalition of Sites of Conscience.

About the W.K. Kellogg Foundation

The W.K. Kellogg Foundation (WKKF), founded in 1930 as an independent, private foundation by breakfast cereal pioneer, Will Keith Kellogg, is among the largest philanthropic foundations in the United States. Guided by the belief that all children should have an equal opportunity to thrive, WKKF works with communities to create conditions for vulnerable children so they can realize their full potential in school, work and life.