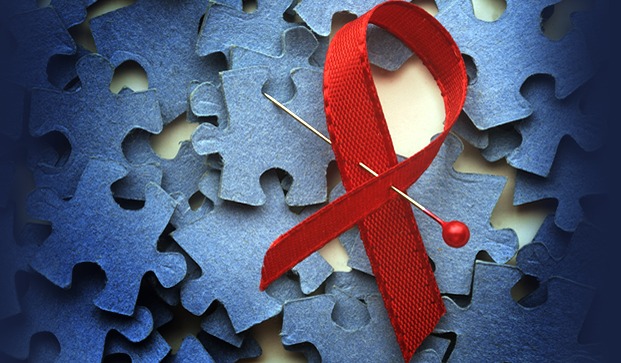 DETROIT – A team of researchers led by Wayne State University has been awarded funding as a part of the Adolescent Medicine Trials Network for HIV/AIDS Interventions, a research network devoted to the health and well-being of adolescents and young adults with HIV or at risk for HIV infection.

The Wayne State team, led by Sylvie Naar, Ph.D., professor and division director of behavioral sciences in the Department of Family Medicine and Public Health Sciences at the Wayne State School of Medicine and associate director of the Pediatric Prevention Research Center, has been awarded an anticipated total of $15.7 million dollars over five years from the National Institute of Child and Human Development of the National Institutes of Health, for the project, Scale it Up.

Naar will collaborate with Jeffrey T. Parsons, Ph.D., distinguished professor of psychology and director of the Center for HIV/AIDS Educational Studies and Training at Hunter College, and Bonita Stanton, M.D., founding dean of medicine at Seton Hall University.

Scale it Up is committed to the development and assessment of effectiveness of theoretically and developmentally sound interventions focused on improving self-management among HIV-positive and at-risk youth between the ages of 13 through 24. The program will emphasize implementing ways to ensure that interventions are cost effective and sustainable.

According to the research team, youth account for 17 percent of the population, but 26 percent of newly diagnosed HIV infections are youth. An estimated 60 percent of youth are unaware of their HIV status, less than two-thirds of those diagnosed are linked with care within one year, and only 54 percent achieve viral suppression.

“Interventions to reduce HIV incidence in youth and link infected youth to care is critically needed,” said Naar, principal investigator on the grant. “Our goal for Scale it Up is to take successful smaller-scale trials and implement them in real-world clinic and community settings."

Every step of the HIV treatment cascade — including the prevention cascade — requires youth living with HIV or at-risk youth to make decisions to engage with available services and/or to modify their behaviors; that is, every step requires active self-management.

“So much progress has been made over the last three decades toward the Joint United Nations Programme on HIV/AIDS (UNAIDS) goal of eradicating all new HIV infections by 2030,” said Stanton. “Intensified, concerted efforts targeting especially high-risk groups – including youth — are needed to convert this aspiration into a reality. This is the purpose of Scale it Up.”

“We know that large numbers of youth are not seeking HIV/STI testing or prevention services,” said Parsons. “Young gay men of color are disproportionally affected – both in terms of new HIV infections and challenges with access to care and prevention services. Many HIV-positive youth are not sustaining adequate HIV care and treatment. They may be engaging in other risky behaviors such as substance use that interfere across all points in the HIV prevention and treatment cascades. The goal of Scale it Up is to help these youth effectively self-manage their behaviors.”

The Scale it Up team will implement three research projects as part of their funded project from NIH. The first, led by Naar, will train multidisciplinary clinic providers in 10 adolescent HIV clinics to utilize motivational interviewing to promote self-management among HIV-positive and at-risk youth. The second, led by Parsons, will implement his Young Men’s Health Project (YMHP) intervention – focused on reducing sexual risk and substance use – among HIV-negative young gay and bisexual men at three clinic sites. The third, led by Marvin Belzer, M.D., of Children’s Hospital of Los Angeles and Karen MacDonell, Ph.D. of Wayne State, will implement a text messaging and cellphone support intervention to promote medication adherence among HIV-positive youth at four clinic sites.

Supporting the three projects will be a management core, led by Parsons and his team at CHEST; an analytic core, led by Xiaoming Li, Ph.D., from University of South Carolina; and an implementation science core, led by Karin Coyle, Ph.D., from ETR Associates. The Scale it Up team will work closely with the two other funded NIH U19s to develop and implement new cross-network programs.