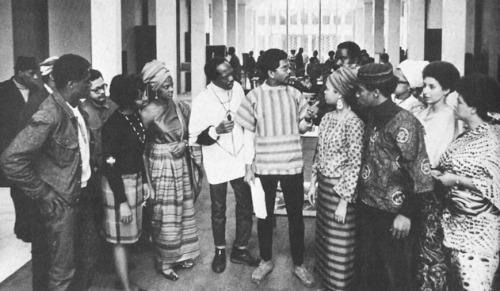 Black Studies has a long and storied history at Wayne State University that spans 45 years.

In recognition and appreciation of the valiant efforts of WSU alumni, and to acknowledge the department's progress and ongoing challenges, this year's Black History Month program is aptly titled “45/25: Celebrating the Legacy of Black Studies at Wayne State University.”

"The history of Black Studies is intricately tied to the African American struggle for equality in general, and to representation in academia in particular,” said Melba Boyd, chair of WSU’s Department of African American Studies. “Concurrently, it also is the consequence of political demonstrations on campuses and advocacy across disciplines. This event acknowledges the bravery of persons who assumed that struggle on WSU's campus, and to present the achievements and challenges that persist."

The event, which is free and open to the public, takes place from 3 to 7 p.m. on Thursday, Feb. 25, in Wayne Law's Spencer M. Partrich Auditorium.

Keynote speaker Errol Anthony Henderson, associate professor of political science at Pennsylvania State University, was born and raised in the Brewster Projects on Detroit's east side. Henderson was a noted student and community activist and helped lead two successful student movements: the first in 1987 in response to racist threats against black women on the campus of the University of Michigan -Ann Arbor, and the second in 1989 when he helped lead the protest and extended 11-day building occupation at Wayne State that led to the creation of the Department of Africana Studies.

After the keynote address, WSU alumni will engage in a roundtable discussion. Loretta Akers, Carolyn Campbell, Reginald Carter, Gene Cunningham, Kefentse Chike, Rev. Lonnie Peek, Duane Lewis, Esq., and Bettie Wiggins will reflect on the events leading to the establishment of black studies at Wayne State. They also will discuss the historical relationships between the department, Wayne State University and Detroit’s African American community. A reception with music by In The Tradition and a book signing featuring works by WSU faculty will follow the program.

The event is hosted by the Damon J. Keith Center for Civil Rights and is co-sponsored by the Department of African American Studies; the King Chavez Parks Fund in the Graduate School; WSU Governor Kimberly Trent; the WSU labor studies program; Humanities Center; Center for Latino and Latin American Studies; and the departments of English, history, urban studies and planning, and philosophy in the College of Liberal Arts and Sciences.