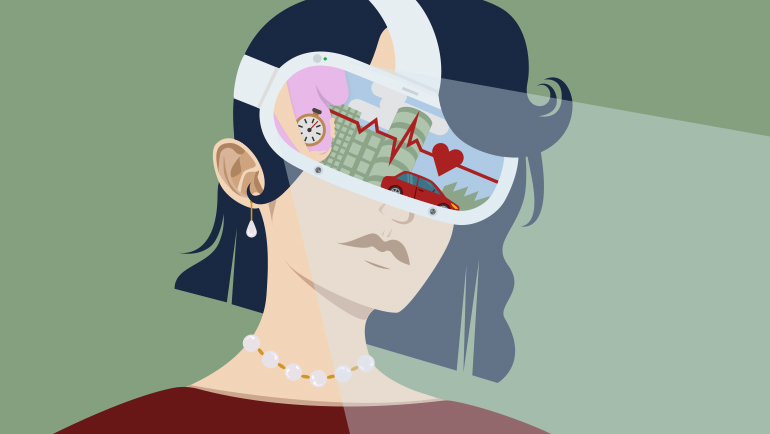 Wayne State University has received a five-year, approximately $11.3 million award from the National Institute of Environmental Health Sciences of the National Institutes of Health to create a new Superfund Research Program, the Center for Leadership in Environmental Awareness and Research, or CLEAR. The center will be dedicated to understanding and mitigating adverse birth outcomes and serious developmental health problems that have been associated with urban environmental exposure to volatile organic chemicals, a special class of pollutant found in the subsurface of post-industrial cities like Detroit.

Volatile organic chemicals, or VOCs, are a group of aromatic or chlorinated organic compounds that transition to a vapor or gas. They are a source of indoor air contamination in the urban environment. Commonly encountered VOCs  include benzene, toluene, ethylbenzene, xylene, trichloroethylene and tetrachloroethylene. Nationwide, VOCs pose a potential threat to human health through a process known as “vapor intrusion.” Vapor intrusion occurs when man-made chemicals in the subsurface vaporize, rise through the subsurface, and ultimately migrate into overlying homes and buildings through structural cracks in walls, floors and building foundations.

CLEAR will provide new methods for assessment, testing and mitigation to help reduce toxic exposures and improve health outcomes. It also will offer an important training component for doctoral students and postdoctoral fellows, providing them with an opportunity for hands-on field and laboratory research, micro-internships and a graduate certificate in urban environmental health.

Headquartered on the Wayne State University campus, CLEAR will focus on Detroit as the principal study site. The CLEAR team consists of engineering and biomedical scientists, educators and community partners.

Detroit has the highest preterm birth rate in the United States. The city also has a very large number of identified sites of environmental contamination (brownfields) with VOCs. The CLEAR team hypothesizes that VOC exposure through vapor intrusion early in life incites inflammatory responses in maternal tissues as well in developing offspring that reprogram the immune and other critical systems, setting the stage for preterm birth and/or associated adverse health outcomes.

“We will have five integrative environmental science and engineering and biomedical research projects that will investigate toxic mechanisms, exposure pathways, biomarkers and strategies to prevent exposures and improve public health outcomes,” Dr. Runge-Morris said. “This will include new detection methodologies, including phytoscreening – a screening method used to identify bioactive substances in plants. In addition, we will integrate Internet of Things and edge computing for real-time contaminant detection, rapid-response, mitigation and remediation of toxins. We will apply advanced analysis methods and tools to determine the impact of VOC exposures on preterm birth and other adverse health outcomes.”

The CLEAR team recently published new evidence linking preterm birth outcomes to VOC pollution in Detroit. The study demonstrated associations between VOC exposures and adverse birth outcomes that have been noted in other studies in the United States, Canada, France, Brazil and Spain. The team also found an association between VOC exposure and maternal inflammation as well as changes in placental gene expression.

“Detroit has the highest minority population in the Great Lakes region with issues of numerous health and environmental injustices,” Miller said. “These are related to aging infrastructure and prevalent legacy contaminants. With the highest reported rate of preterm births in the U.S., it is critical to examine the etiologic factors that are playing a key role in this public health emergency. This study is critical to researching and developing new methods of assessment, testing and mitigation to reduce toxic exposures and improve health outcomes of our vulnerable community in Detroit as well as many other cities around the U.S. and the world.”

The project number for this National Institute of Environmental Health Sciences award is P42ES030991.