The awards were delivered at the MAFP’s annual awards celebration, live-streamed Aug. 8 due to the COVID-19 pandemic. School of Medicine Class of 2017 alumnus Jawan Gorgis, M.D., was named Family Medicine Resident of the Year at the same event. (Read our story about Dr. Gorgis). 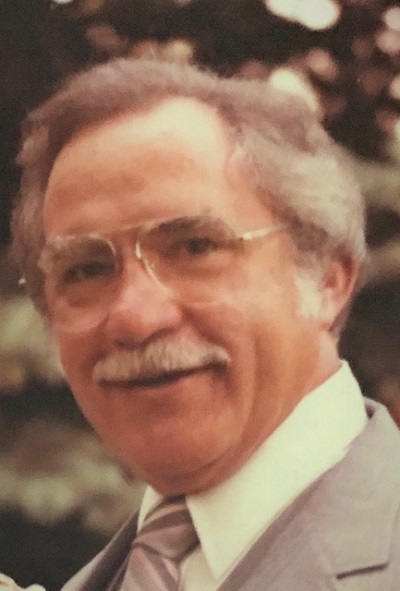 The academy is the largest medical specialty organization in the state. It presents awards to individuals who have distinguished themselves through their service to the academy, the specialty, their patients and their community.

Dr. Toteff, who died in October 2019 at 91, received the award posthumously. A family physician practicing in Saginaw in the late 1950s, he established one of the first private family medicine group practices, a model for many modern primary care practices. Then, in the early 1970s, he advocated for the formal recognition of “general practice” as a specialty and was a charter diplomat of the American Board of Family Practice. He also fought for family practice residency programs in Michigan to receive federal funding at a time when very few had such funding, the MAFP said in a news release.

With a passion for family medicine education, Dr. Toteff was integral to the development of a cooperative group of hospitals tasked with training medical residents in Saginaw. He helped found Saginaw Cooperative Hospitals in 1974, serving as its first family medicine residency program director. This was the first family practice residency program in Saginaw and one of just a few programs across the country that trained medical residents outside a university or single hospital affiliation. Saginaw Cooperative Hospitals later became Synergy Medical Education Alliance, known today as CMU Healthcare.

Dr. Toteff went on to serve as director of the family medicine residency program at the Wayne State University School of Medicine, his alma mater (Class of 1955), and at Beaumont Health-Troy, a position he held until his retirement in 1991.

Dr. Bollin, a retired clinical faculty member of the School of Medicine and family physician from Harrison Township, began his career at Harvard Medical School when family medicine was in its infancy. He graduated in 1976 and bucked the trend of specialization, choosing instead to join a groundbreaking family medicine residency program at the University of Iowa.

As a National Health Service Corps Scholar, he landed in Algonac, a rural community north of Detroit. There he provided full-spectrum family medicine as a solo physician and worked in River District Hospital, which eventually became part of the St. John Hospital system. After more than 10 years of practice in Algonac, he was recruited to serve as chief of the Department of Family Medicine at St. John Hospital. He was also director of the hospital’s family medicine residency program, nurturing it from a little-known entity to the successful program that it is today.

When he retired in 2018, Dr. Bollin had served in family medicine leadership positions at the hospital for more than 25 years. During that time, he was also directly involved in and oversaw managed care in the St. John Hospital system, bringing cost-efficient health care to southeast Michigan.

Dr. Bollin’s legacy also extends to his mentorship and training of hundreds of family medicine physicians, many from the School of Medicine.