Quintet of Wayne Warriors are ‘Health Care Heroes’ for 2020 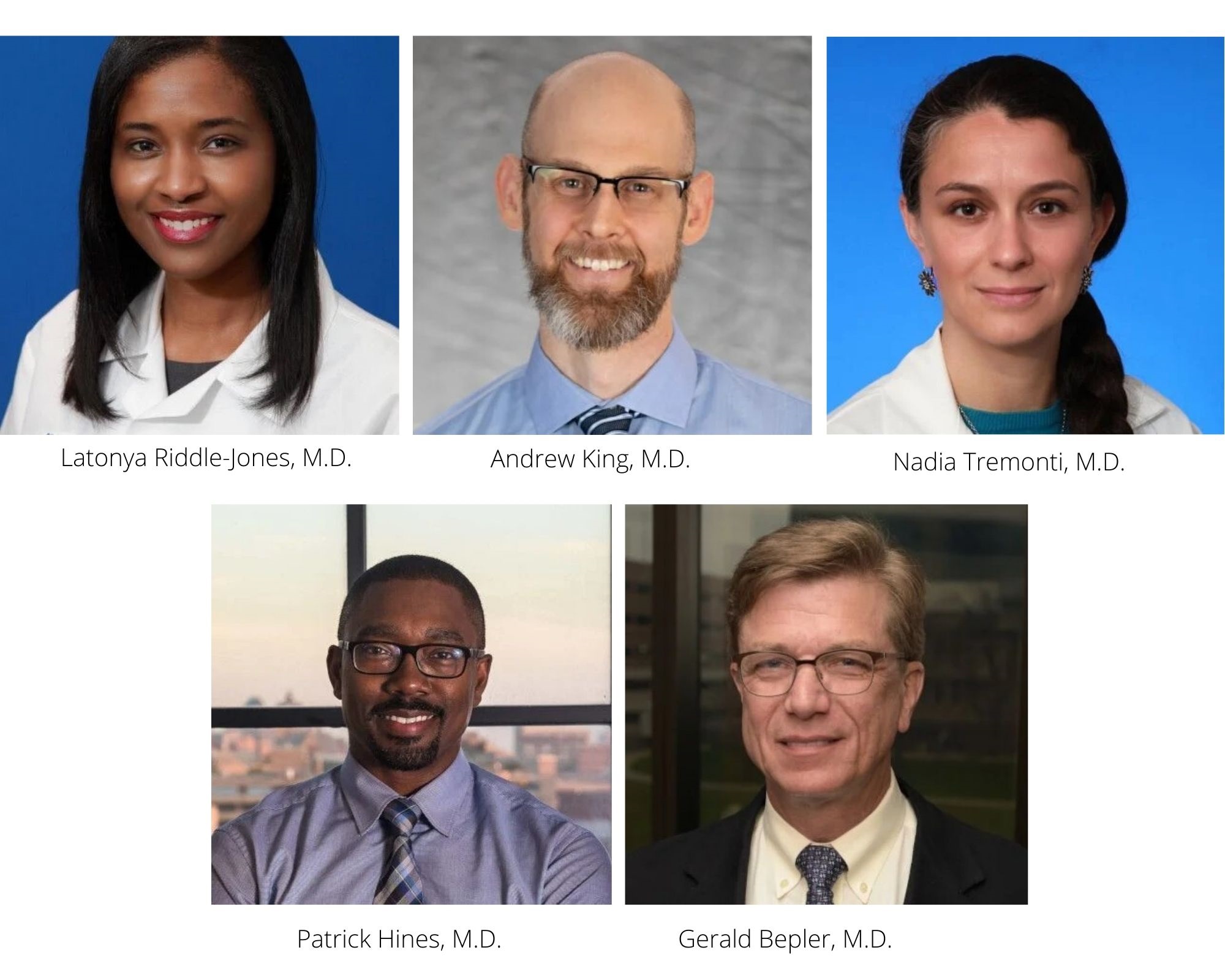 Five physicians affiliated with the Wayne State University School of Medicine were recognized by Crain’s Detroit Business as Health Care Heroes in the magazine’s June 1 edition.

Dr. Riddle-Jones was recognized for her work as medical director of the Corktown Health Center in Detroit. The nonprofit center is open to everyone, and specializes in the care of LGBTQ people. The Wayne State University Physician Group member also co-directs the School of Medicine’s Service-Learning program for medical students, and trains some of those students on how to care for LGBTQ patients.

“We will talk to the students about how to introduce themselves,” she said. “You may have a legal name, but it may not be the name you prefer. (It’s) just asking people how they prefer to be identified.”

Lessons students learn can be applied beyond the LGBTQ community — things such as requesting permission before performing a physical exam or asking whether diabetes may be linked to lack of access to fresh fruit and vegetables, she told Crain’s.

In addition to her work at Corktown and Wayne State, Dr. Riddle-Jones is associate director for the Barbara Ann Karmanos Cancer Institute’s Tri-County Breast and Cervical Cancer Control Program. Part of a Michigan Department of Health and Human Services effort, the program is aimed at improving health for low-income women.

Dr. King is attending physician and medical toxicologist at the Detroit Medical Center. He is helping to change the practice by transporting substance abusers directly to outpatient treatment centers. King, who works at Detroit Receiving and Sinai Grace hospitals, often encounters patients who are low-income, minority and underinsured. In addition to fighting addiction, they also may have transportation issues, he said. He, in partnership with rehabilitation provider Team Wellness Center, created the Crisis Addiction Response Transportation program for the DMC. The voluntary program gives addicts a ride from the hospital to treatment facilities, where care can begin.

His fellow physician, Dr. Tremonti, Class of 2002, is medical director of pediatric palliative care at Children’s Hospital of Michigan. Her medical specialty is improving the quality of life for children who may never get better, through treatment that includes pain management and the lifting of spirits. Her work is the subject of the film “Palliative,” shot by Denver-based Triage Films LLC in November and December of 2018 at the hospital and released in 2019. The film’s director, John Beder, moved to Detroit for eight weeks to go “on call” with Dr. Tremonti.

Like Dr. Tremonti, Dr. Hines is a pediatrician. He is the founder of Functional Fluidics, a testing platform that can measure the health of red blood cells by evaluating blood cell properties such as stickiness or membrane stability. By identifying patients at risk for blood flow abnormalities, doctors can use the information to predict the best medication to give to individual patients. Earlier this year, Functional Fluidics began testing blood at six of the largest sickle cell centers in the nation, including Children’s Hospital of Michigan, Children’s National Hospital in Washington, D.C., and the Foundation for Sickle Cell Disease Research in South Florida.

The company now is focused on raising $1.5 million to support further expansion of the labs, hiring more technicians who will help dramatically increase testing red blood cells from hospitals all over the country.

Dr. Hines and his team are also collaborating with Wayne State and emergency medicine Professor Phillip Levy, M.D., M.P.H., on a study to assess the health of red blood cells and measure antibodies to the virus SARS-CoV-2 in patients with COVID-19.

Dr. Bepler is president and chief executive officer of the Barbara Ann Karmanos Cancer Institute. He was honored for helping to create Michigan’s largest cancer treatment network, seeking input on community needs and overseeing research that helped cure the previously incurable. He counts the creation of the Karmanos Cancer Network as one of the institute’s biggest accomplishments during his time at the helm. That happened, he told Crain’s, when Grand Blanc-based McLaren Health Care Corp. acquired Karmanos in 2014, creating a cancer treatment network with 16 locations.

For 19 years now, the magazine has given the awards to health care professionals who are nominated by peers and patients. Winners were chosen by a panel of judges selected by Crain’s.