Getting to Know: Researcher makes first splash at IBio

Growing up near Lake Erie in Lindsey, Ohio, and swimming competitively since 5 years old, Tracie Baker has always had a love of the water and environment. Her life and career have yet to stray far from either. Her passion first paid off with a swimming scholarship at Cleveland State University, where she became an NCAA Division I Academic All-America athlete while majoring in biology and chemistry. 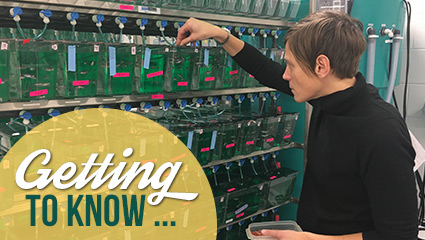 From there, a budding interest in marine biology took her to Alaska, where she researched harmful algal blooms and earned a master’s degree from the University of Alaska Fairbanks. Baker then turned her focus to the health of fish and aquatic animals while completing a doctorate in veterinary medicine at The University of Wisconsin-Madison. A few years later, while earning her Ph.D. in environmental toxicology at UW, she was introduced to zebrafish, which the National Institutes of Health has accepted as a model for the study of human health.

With this extensive background, Baker became the first faculty member recruited to Wayne State’s new Integrative Biosciences Center (IBio). Since Feb. 1, 2016, she has been an assistant professor in both the Institute of Environmental Health Sciences and Department of Pharmacology (School of Medicine) with an adjunct position in the Department of Environmental and Civil Engineering.

“Tracie’s research was very attractive to us as we continue to build our program,” said Melissa Runge-Morris, director of the Institute of Environmental Health Sciences. “Her work allows us to see the impact of environmental stressors during developmental stages, which is important because otherwise our experiments are static. She is going to have a big impact on the field.” 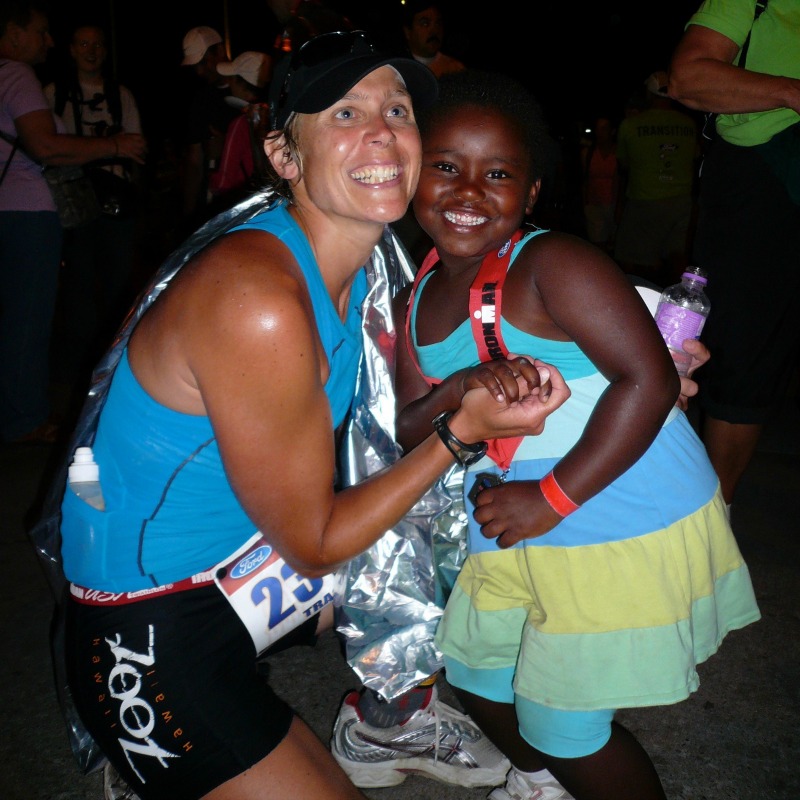 Baker interviewed all over the country but says Wayne State was too attractive to pass up. “I love it. The opportunities for interdisciplinary collaborations in IBio and throughout the university were not available anywhere else.”

She currently works with colleagues on campus using zebrafish to better understand childhood leukemia, and she also is looking at environmental contaminants in the Detroit River. In addition to human health, she hopes to show that zebrafish can be a model for environmental and animal health.

After traveling far for education and experience, Baker (pictured left, with daughter Evelyn at the end of an Ironman Triathlon) loves being closer to her family and friends again in Ohio and the Great Lake that first inspired her, but she also loves the heart and will of Detroit. “Detroit is a constant source of inspiration and motivation for me,” she said.

Clearly, Baker is motivated not only in her career but also in her continued passion for swimming. She has completed four full Ironman triathlons, open-water swimming competitions in Lake Superior, and now has her eyes set on a swimming race in Sweden.