Over the coming months, look for videos, stories and events that feature some of the many Wayne State initiatives and passionate individuals committed to impacting their communities through innovation and entrepreneurship. This content is part of WSU's Warriors in Action campaign highlighting how Wayne State is making a difference. 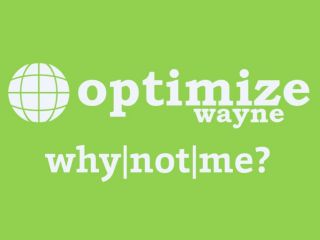 Wayne State Honors students Kavya Davuluri and Limi Sharif have teamed up to create OptimizeWayne, an organization focusing on social innovation that offers resources for students such as funding support, mentorship opportunities and workshops to help get their ideas up and running.

Davuluri, a sophomore psychology major, said that projects go from ideas to reality during the Social Innovation Challenge, a five-month journey where “optimizers” come together with members of the community to help move their projects along. Monthly workshops bring together entrepreneurs and thought leaders from the community to lead action-based sessions where teams and individuals can learn new skills and apply them to their projects. Monthly milestone reviews are held for optimizers to sit in small-group settings with community-based mentors who offer feedback about the progress of a project.

Finally, a spring showcase is held where teams and individuals present their projects to a panel of judges with hopes of receiving $5,000 in funding. This year’s showcase will take place in April, with monthly workshops beginning in February. Due to the shortened time frame between the start of the workshops and the showcase, the workshops will be held twice a month.

The goal is to implement the full program beginning in fall 2017.

“Because the idea of social innovation is so broad, students can be working on anything from a phone application to an initiative out in the city to something on campus — and it can be art, design, medicine, business or anything,” Davuluri said. “So if there is a student who’s working on (phone) apps and applications, that student can work directly with a mentor and be guided to make sure they have a successful venture.”

Davuluri noted that OptimizeWayne currently has individuals from TechTown, Henry Ford Hospital and local nonprofits, as well as faculty members from Wayne State, who have agreed to serve as mentors.

The idea to start OptimizeWayne originally came to sophomore biological sciences major Sharif after she partnered with a friend from the University of Michigan to create a program using artwork to combat islamophobia, homophobia and prejudice. She noticed the student project Michigan Urban Farming Initiative, a 501(c)(3) nonprofit organization that seeks to engage members of the Michigan community in sustainable agriculture, was going to start urban farming in Detroit.

“We have Wayne State right in Detroit, and it seems odd that Ann Arbor, which is an hour away, is coming all the way over here and solving problems that Detroit students from Wayne State can solve themselves,” Davuluri said. “Wayne State is really focused on introducing students to Detroit and saying Detroit doesn’t deserve the bad rap that it gets, but at the same time there are all these problems that you can be part of making better by volunteering, by getting involved. I think that when you tell students you need to get involved, (they) can take (their) own creative ideas and create solutions from them. It empowers them in a way that they probably don’t get at other colleges,” she added.

Davuluri said the organization is always looking for new members. If you’re interested in joining, find the application on the OptimizeWayne Facebook page or by emailing optimizewayne@gmail.com.