Our top stories of 2021 at the School of Medicine

The year 2021 offered a slow roll toward normalcy, with one of the School of Medicine’s largest annual events held virtually, and the other marking a return to in-person celebrations for the entire university.

The year was also rich with published discoveries and research funding. Total of grants secured by the School of Medicine equaled $77,560,013, a 10% increase over the 2020 total.

Two new degree programs for the School of Medicine were announced last year as well, proving that growth can and will happen, even in the face of a seemingly ever-evolving pandemic that continues to challenge our students, staff, faculty and community.

The futures of the 280 students who made up the Wayne State University School of Medicine Class of 2021 were revealed virtually, in the brief time it took to open an email on the nationally observed residency Match Day, held March 19. Their fourth and final year of medical school was nothing short of memorable, launched in 2020 amid the early stages of the worldwide pandemic that catapulted them to the front lines of COVID-19 through in-person volunteer opportunities and clinical rotations and, of course, virtual versions of everything else. Of the entire class, 99% matched with a residency program for which they interviewed, believed to be the highest match rate in the school’s history.

Later that month, U.S. News and World Report named the School of Medicine a Top 100 medical school for research in its annual Best Medical Schools rankings. The magazine ranked the School of Medicine 66th in research of the 188 medical schools eligible for ranking. The school also was ranked 89th in the category of Primary Care and received top performing recognition for its ranking of 51st in Diversity and Medical Schools with the Most Graduates Practicing in Health Professional Shortage Areas.

The Warrior M.D. Class of 2021’s commencement and hooding ceremony held June 8 at Little Caesars Arena in Detroit was a welcome indication that on-campus conditions were beginning to improve. Attendance was limited to graduates and speakers, adhering closely to COVID-19-related regulations and guidance provided by the U.S. Centers for Disease Control and Prevention, and the Association of American Medical Colleges. The joyous occasion also provided moments of solemnity. The Class of 2021 holds the distinction of completing its entire fourth and final year of medical school during a pandemic, a reminder that the new doctors had not only been tested by the rigors of a medical education, but had been forged as physicians by a worldwide pandemic. 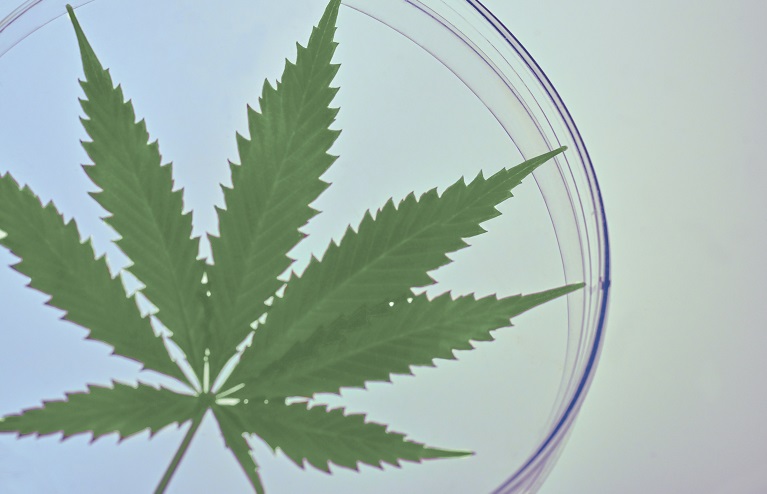 In late summer, Michigan gave Wayne State University a $7 million grant to investigate, in military veterans, the potential therapeutic effects of cannabis to improve patients’ quality of life and reduce post-traumatic stress disorder and depressive symptoms that can precede suicide. The Department of Licensing and Regulatory Affairs’ Marijuana Regulatory Agency awarded the funding as part of its 2021 Veteran Marijuana Research Grant Program. Associate Professor of Psychiatry and Behavioral Neurosciences Leslie Lundahl, Ph.D., is the lead principal investigator on the five-year project, “Wayne State Warriors Marijuana Clinical Research Program: Investigating the Impact of Cannabinoids on Veteran's Behavioral Health,” which marked a dramatic change in direction for Drug Lab Detroit, a multidisciplinary team focused on understanding more about the development and treatment of substance use disorders.

On the first day of October, the School of Medicine revealed that it will offer an accelerated three-year medical degree program to incoming student applicants beginning this year. The program is the only one of its kind in Michigan, and is available to mature new students who have previous health care backgrounds and careers. It is expected to reduce student debt, further diversify the student body while providing an avenue for more experienced students to accelerate training, retain high-quality physicians as residents in WSU residency programs and eventually increase the corps of physicians in Michigan. The program will consist of a curriculum parallel to the traditional four-year education.

“The future of medicine is community health workers engaging people where they live, work or play to enhance access to not only medical care, but social services, to improve their health outcomes,” said Dr. Levy, professor of Emergency Medicine and assistant vice president of Translational Science and Clinical Research for WSU. “How do we help people with challenging life circumstances so their lifestyle can improve? Health care has to exist beyond the four walls of a doctor’s office. Let’s get you the person who is going to help you with your needs.”

In mid-October, it was announced that the School of Medicine would host a clinical trial to rigorously test for one year the efficacy of a non-pharmacological medical device for Opioid Use Disorder, or OUD, that could become the first treatment of its kind for the disease.
“NET Device as a Non-Pharmacological Alternative to Medication for Promoting Opioid Abstinence,” is a U.S. Food and Drug Administration-qualifying clinical trial led by principal investigator Mark Greenwald, Ph.D., professor and Gertrude Levin Endowed Chair in Addiction and Pain Biology in the WSU Department of Psychiatry and Behavioral Neurosciences.

The results will be presented to the FDA for a clearance decision as soon as they’re available, hopefully this fall, Dr. Greenwald said.

Three physicians called upon the medical and scientific communities to confront and end a legacy of scientific racism in research, medical education, clinical practice and health policies by “de-pathologizing and humanizing” American Black bodies. In “Modern Day Drapetomania: Calling Out Scientific Racism,” published in the Journal of General Medicine, the authors – Ijeoma Nnodim Opara, M.D., FAAP, assistant professor of Internal Medicine-Pediatrics; Latonya Riddle-Jones, M.D., M.P.H. assistant professor of Internal Medicine-Pediatrics; and Nakia Allen, M.D., FAAP, clinical associate professor of Pediatrics – note that racism in medicine has “deep historical roots in white supremacy and anti-Blackness, particularly the pathologizing of Black bodies through pseudoscientific claims of the biological significance of the sociopolitical construct that is ‘race,’ which is often incorrectly conflated with ‘genetic ancestry.’” Those roots, they write, have developed branches that continue to reach into medical science and medicine to this day, particularly in the ways science frames racial health disparities as a result of biological differences among racial categories.

The second big program announcement of the year came in late October, when the School of Medicine introduced a new joint degree program in which medical students can earn a master’s of business administration degree concurrently with their four-year medical degree. The curriculum will provide students with core courses in both medicine and business, as well as supporting elective courses in each field, and specialized courses in both. Upon successful completion of the program, students will be prepared for employment as physicians and in a wide range of additional settings in the public and private sector. The program is a partnership between the WSU School of Medicine and WSU’s Mike Ilitch School of Business.