A Wayne State University School of Medicine physician is the driving force behind a push for the United States House of Representatives to designate Sept. 17 as National Physician Suicide Awareness Day. 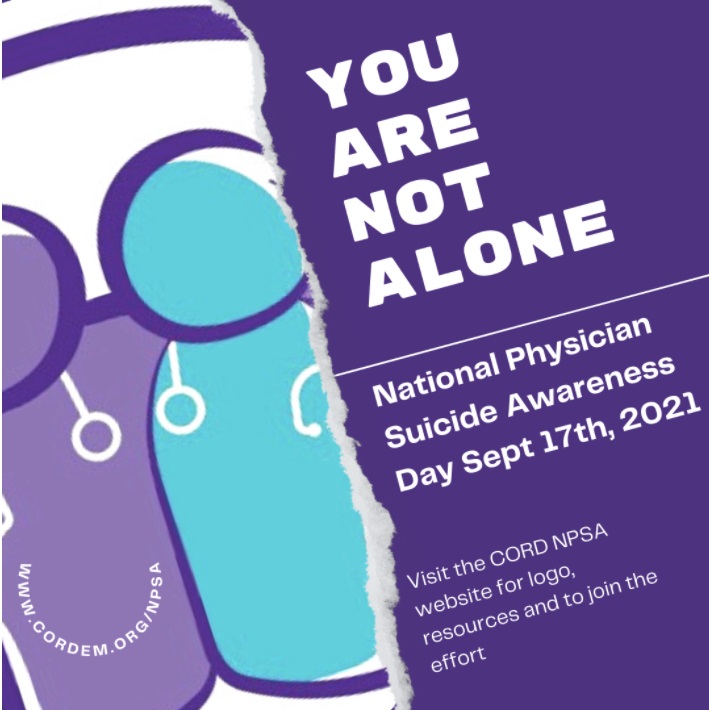 “Physician suicide happens more than we all think. By bringing awareness to this topic, by being open about this discussion, we can all erase the stigma that comes with seeking mental health help to prevent death by suicide,” Dr. Khait-Vlisides said.

The day is recognized in the field of emergency medicine, but not on a national level via government. Individuals are encouraged to use the hashtags #NPSADay and #YouAreNotAlone on Sept. 17.

Dr. Khait-Vlisides is co-chair of the subcommittee in charge of getting the NPSA Day nationally recognized.

“In the few short months that Luda has been on this committee, she and her team have gotten a bipartisan national bill that will be presented to the House of Representatives,” Dr. Messman said.

In addition to supporting the goals of National Physician Suicide Awareness Day to bring national attention to the mental health crisis, the committee hopes the U.S. government will dedicate the day as one of reflection to honor the memory of physicians who have died by suicide; recognize the need for greater research into understanding and addressing the issue of physician suicide, including the barriers to treatment and mental care options to prevent clinician suicide; and encourage the president to issue a proclamation calling upon Americans to observe the day with appropriate awareness and educational activities.

“We have lost physicians to suicide for far too many years. It is finally time to start realizing that physicians are humans and suffer from mental health issues, just like any other diseases,” Dr. Khait-Vlisides said. “Physicians are almost taught to hide their mental health issues due to the stigma and possible practice repercussions – as a good number of states still require you to disclose any mental health diagnoses when applying for licensure. Physician burnout is real and needs to be addressed. This should have been relevant before the pandemic, but now needs to be addressed more than ever. It's time to erase the stigma of seeking mental health help for physicians.”