In conjunction with the release of the Detroit Area Agency on Aging’s third installment of a 19-year study, “Dying Before Their Time,” on why adults 50 and older die at much higher rates in Detroit, Herbert Smitherman Jr., M.D., M.P.H., vice dean of Diversity and Community Affairs, wrote the following editorial, published Aug. 10 by  BridgeDetroit.

You can read the “Dying Before Their Time” study, which Dr. Smitherman helped write, at the Detroit Area Agency on Aging’s website.

Opinion: Black Detroit seniors are dying before their time. Where is the outrage?

Despite high death rates for Detroit elderly — and not-so-elderly — there have been no policy interventions: no systemic, institutional, changes in how we address the elderly population.

Something startling is happening to our older adult neighbors in Detroit. A recent 19-year study of the older adult population of Detroit, commissioned by the Detroit Area Agency on Aging and conducted by a team of Wayne State University School of Medicine Public Health Scientists, reveals alarming results. Between 1990 and 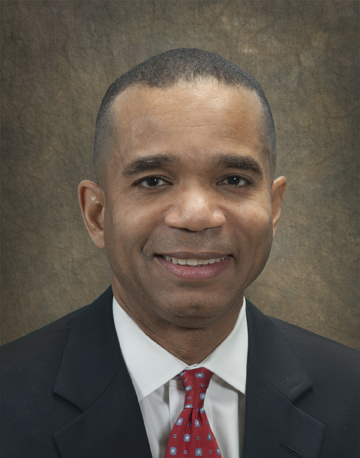 2000, Detroit lost 23% of its adult population 60 and older, and this rate of loss, independent of COVID-19, continues today.

Understanding the causes for this rapid decline in Detroit’s older population was the main purpose of the initial “Dying Before their Time” study completed in 2002. At the onset of that study, the prevailing wisdom assumed the primary cause was out-migration (seniors leaving Detroit for the suburbs.) One exigency of conducting such a study stemmed from tax dollars allocated for social services for seniors in Detroit were at risk. Political conversations at the state and local levels debated changing the need-based formula for older adult resource allocation to a population-based formula, resulting in further loss of essential funds for Detroit seniors. However, there was insufficient evidence to support the out-migration theory. In light of the deteriorating health and social service resource infrastructure in Detroit, a determination of whether social conditions contributed to this decline was critical.

The bottom line of the 2002 study was that over 33% of the older adult population loss in Detroit was due to premature deaths: Seniors were dying before their time. Despite years of advocacy and further research, the 2020 edition of the study concludes that the death rates of Detroit seniors have not abated, but remain 2- to 2.5 times higher than the rest of the state. The 2020 report also finds:

* 89% of older adults in Detroit have at least one chronic illness.

* 39% of older adults in Detroit have three or more chronic illnesses such as hypertension, arthritis, heart disease, stroke and diabetes.

* Older adults in Detroit have a hospitalization rate 37% higher than their peers elsewhere in Michigan.

Adding a pandemic to this already fragile, vulnerable, predominantly African American population is akin to pouring rocket fuel on a raging fire. Ninety-three percent of all Michigan COVID-19 deaths occurred in people ages 50 and above, with a mean age of 72 years. Although significant numbers of Americans of every ethnicity have died from the novel coronavirus, the disproportionate pace at which African Americans are dying transforms this public health crisis into an abject lesson in racial and class inequality. These inequalities are founded in systemic, historically based racial, social, health and economic inequities, driven by public policies that must be reengineered to change the course of these trends.

African Americans make up 14% of Michigan’s population, but currently account for 33% of its reported COVID-19 infections, and 40% of resulting deaths. Twenty-six percent of the state’s infections and 25% of deaths are in Detroit, a city that is 80% African American. Black America is currently facing a crisis within a crisis within a crisis; the COVID-19 pandemic superimposed on a chronic disease epidemic, superimposed on a baseline of chronic and historic social, economic, health and racial injustice. These disparities have been created and driven by existing policies that are the predictable outcomes of decades of Black enslavement, Jim Crow, segregation, housing policy, underemployment, education, and health care inequities. These policies demonstrate how racial discrimination has tied African Americans to the bottom of the U.S. economic/class hierarchy. Disproportionate levels of diabetes, hypertension, asthma, heart disease and obesity and stark inequalities in Black family and household income are but symptoms of racial discrimination and injustice, disinvestment, and societal institutional neglect.

Unless a robust effort of public policy overhaul is undertaken to dedicate sufficient resources and infrastructure that address the root social conditions driving these death rates, we can expect to see the trend line of the “Dying Before Their Time” study persist without improvement. Policymakers sworn to serve our current and future senior population should act accordingly.