A partnership between the Wayne State University College of Engineering, School of Medicine and the Perinatology Research Branch has secured a four-year $1.7 million grant from the National Institutes of health to study biomarkers for spontaneous preterm delivery, the leading cause of infant mortality worldwide.

Preterm birth affects 15 million mothers and babies annually. The rate of prematurity in Detroit is 17%, while the national average in the United States is 9%, for every 1,000 births.

Mohammad Mehrmohammadi, Ph.D., associate professor of Biomedical Engineering and of Obstetrics and Gynecology, is the principal investigator and recipient of the grant from the National Institute of Biomedical Imaging and Bioengineering.

Previous studies conducted at WSU and the PRB have shown that measuring the length of the uterine cervix with ultrasound in the mid-trimester of pregnancy is the most powerful predictor of spontaneous premature labor and that treatment with vaginal progesterone reduces the rate of preterm birth by 45% in women with a short cervix. The treatment also reduces neonatal complications such as Respiratory Distress Syndrome. These findings formed the basis for what is now the standard practice of measuring the uterine cervix in all pregnant women in the mid-trimester.

Some women with a long cervix, however, deliver preterm and some women with a short cervix deliver at term. The team of investigators led by Dr. Mohammad Mehrmohammadi will use a combination of ultrasound and optical methods to detect biomarkers of cervical function.

“The goal of this project is to develop a clinically translatable technology to overcome the limitations of existing sonography procedures to identify patients at risk of preterm birth by combining three modalities (two-dimensional ultrasound, elastography and photoacoustic) into a single device and acquire a wide range of functional and molecular information about cervical ripening,” Dr. Mohammad said.

Dr. Mehrmohammadi received a WSU research grant from the Office of the Provost to generate preliminary data for the NIH grant application.

The team of investigators includes Nardhy Gomez-Lopez, Ph.D., associate professor of the WSU Department of 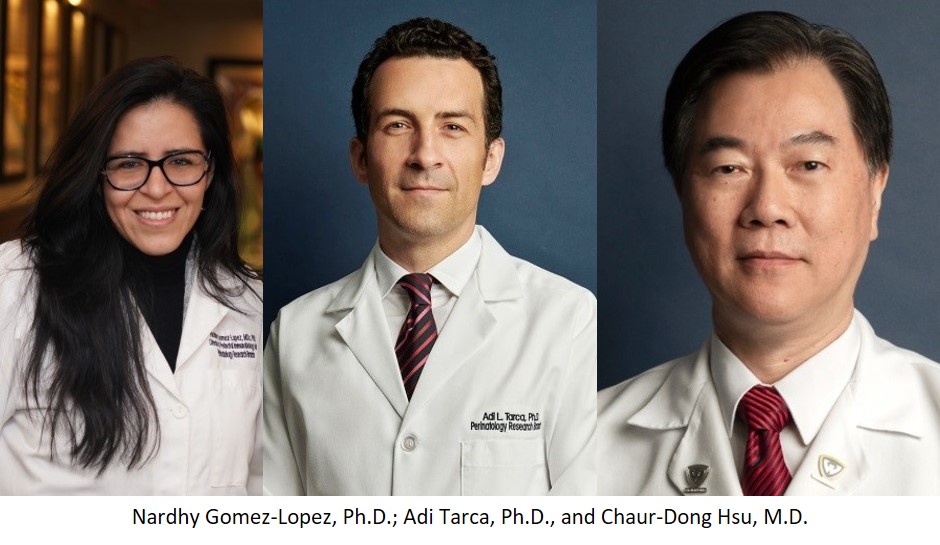 Roberto Romero, M.D., D.Med.Sci, chief from the Perinatology Research Branch of the Eunice Kennedy Shriver National Institute of Child Health and Human Development/NIH, and Sonia Hassan, M.D., professor of Obstetrics and Gynecology, associate vice president of Women’s Health and founder of the WSU Office for Women’s Health, are collaborators on this project.