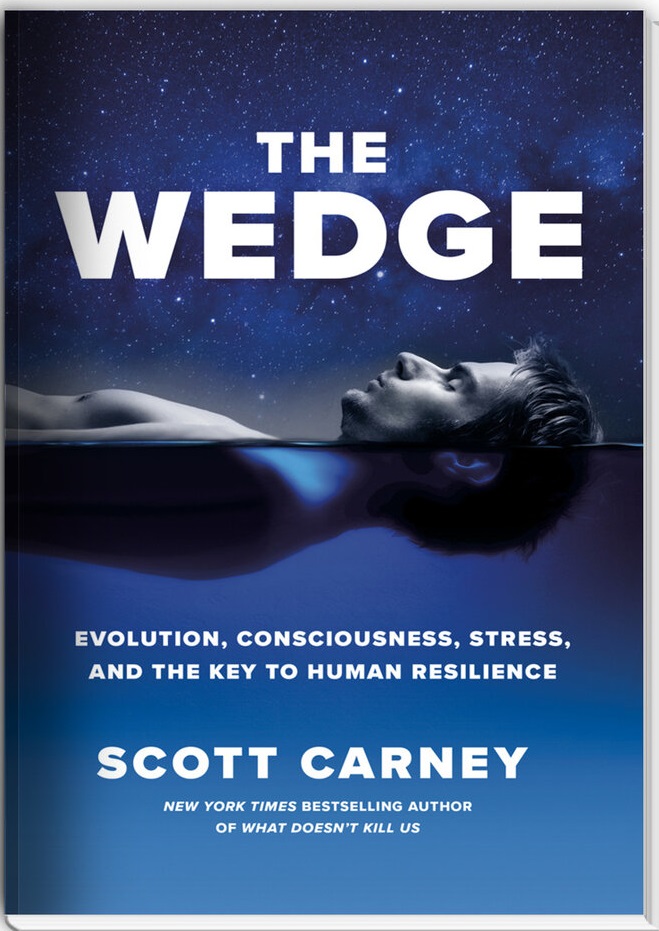 “The Wedge: Evolution, Consciousness, Stress and the Key to Human Resilience,” released in April, is anthropologist and journalist Scott Carney’s investigation into the limits of endurance. In it, Carney explores how humans can wedge control over automatic physiological responses into the breaking point between stress and biology.

“It is incredibly important that people like Diwadkar and Muzik are committed to working on subjects that are not immediately recognized as mainstream.

They showed the process by which Wim Hof was able to perform his feats, and possibly even the mechanism for the placebo effect to work. I found my many conversations with them very useful in crafting my own books,” Carney said. “The central idea of the book ‘The Wedge’ revolves around the idea of what they call ‘Neural Symbols.’ I would never have understood this concept without talking with them. So, in a way, the entire book depends on their work.”

Carney also wrote “What Doesn’t Kill Us,” a 2017 nonfiction work about Hof’s techniques and his experience learning them. He heard about the WSU duo from Hof, who collaborated with the scientists on functional magnetic resonance imaging and positron emission tomography studies of thermoregulatory defense. Hof holds multiple records for endurance, resilience and respiratory control, including withstanding extreme temperatures with minimal protection. He is known as “The Iceman” for his demonstrated prolonged exposure to ice baths in experimentally-controlled settings.

Dr. Diwadkar, a professor of Psychiatry and Behavioral Neurosciences, and Dr. Muzik, a professor of Neurology, were the first researchers to record and analyze what’s happening in Hof’s brain when he consciously controls his body’s autonomous system, based on a combination of breathing and meditative techniques that allow him to voluntarily alter his physiology to adapt to environmental stress.

The studies that followed, “Brain over body – A study on the willful regulation of autonomic function during cold exposure,” published in a 2018 issue of the journal Neuroimage, is cited in “The Wedge,” as is theoretical work they advanced in the 2019 paper for Neuroscience and Biobehavioral Reviews, “Hierarchical control systems for the regulation of physiological homeostasis and affect: Can their interactions modulate mood and anhedonia?”

The book also delves into science from a neuroscientist at Stanford University, a clinical neuropsychologist at The Laureate Institute for Brain Research in Oklahoma and a professor of psychiatry at the University of Wisconsin.

The Wayne State team plans to conduct a controlled trial of participants subjecting them to cold stress, and to conduct in vivo imaging experiments. The project was set to begin in April but is on hold due to the COVID-19 pandemic.