All of these military terms, and more, have been used by the president, politicians, journalists and even health care experts to frame the ongoing confrontation against COVID-19.

But Tabitha Moses, an M.D./Ph.D., student at the Wayne State University School of Medicine, believes employing military language in the struggle with the pandemic may actually impede efforts.

The Conversation published Moses’s column, “How Talking About the Coronavirus as an Enemy Combatant Can Backfire," on July 10.

“These military-inspired metaphors serve a purpose. Unlike the dense linguistic landscape of science and medicine, their messages are clear: Danger. Buckle Down. Cooperate. In fact, studies have shown that sometimes military metaphors can help unite people against a common enemy. They can convey a sense of urgency so 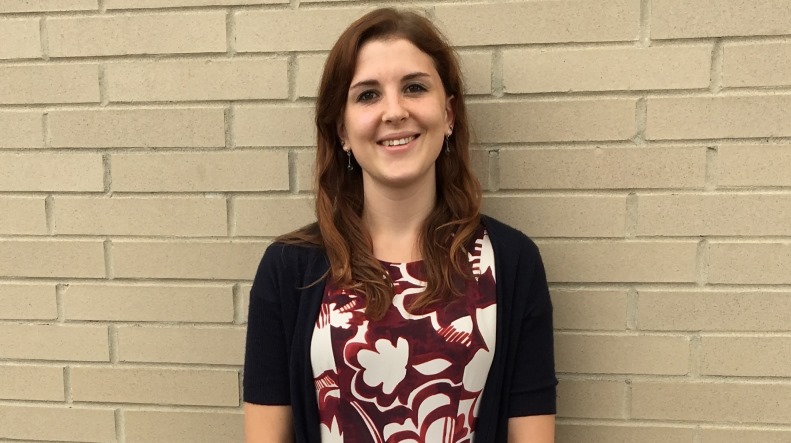 that people drop what they’re doing and start paying attention,” Moses writes. “However, as someone who has studied the way language influences behavior, I know that this kind of rhetoric can have long-term effects that are less positive, particularly within health and medicine. In fact, research has shown that these metaphors can cause people to make decisions that go against sound medical advice.”

The use of military metaphors, said Moses, has been shown to alter behavior, but not always for the better. “People may become more likely to take risks, overtreat themselves and be less likely to engage in preventive activities,” she wrote. Such language can also imply to others that those who do become infected may be stigmatized as weak.

Employing militarist lingo can also cause the public to behave illogically, said Moses, 30, who has completed two years of medical training and is entering her third year in graduate school in pursuit of her doctoral degree.

“The use of this type of metaphor in a variety of contexts has concerned me for a while,” said Moses, who was born in England and moved to the United States at age 18. “In college I majored in cognitive science and philosophy with a focus in bioethics, and am acutely aware of the impact of language on behavior. As COVID-19 escalated, it became clear how this type of metaphor could be harming the efforts to flatten the curve. Additionally, in conversations with my peers in health care, I realized that most did not realize the effect of this language on their patients, so I felt it important to provide this background and context.”

Moses, who wants to practice and conduct research in psychiatry, with an emphasis on substance use disorders, said she hopes the column will make people aware of the way metaphors can impact those around them, and adjust their language and behavior to improve responses to the pandemic.

After obtaining her undergraduate and master’s degrees from Johns Hopkins University, Moses worked in public health research in Baltimore. She then moved to Michigan to attend the Wayne State University School of Medicine.

“I knew that for medical school I would want to attend a school in an urban environment where there were ample opportunities to be actively involved with the community,” she said. “WSU was one of the best schools I looked at in terms of having a diverse range of opportunities to work with and help the community, from projects like public school outreach and the communities gardens, to the free clinics. I also wanted to attend an M.D./Ph.D. program, and WSU had researchers who were active in my fields of interest.”

The Conversation is a not-for-profit service that provides columns by leading scholars and academic experts to the Associated Press, which distributes the pieces to thousands of newsrooms across the nation. It has published many pieces by Wayne State University faculty members, including David Rosenberg, M.D., chair, and Arash Javanbakht, M.D., associate professor of the Department of Psychiatry and Behavioral Neurosciences.