A 2004 graduate of Wayne State University’s Initiative for Maximizing Student Diversity has been elected to the National Academy of Medicine. 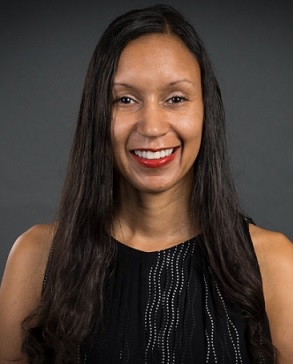 York University Rory Meyers College of Nursing, was among the 100 members named to the academy this month. She trained at the WSU School of Medicine as part of the IMSD program, and earned her doctoral degree from the WSU College of Nursing.

She was recognized for her bench-to-community research in gene-environment interaction studies on blood pressure among African Americans, which has provided novel contributions on the social determinants of health and omic underpinnings of hypertension. Omic incorporates research that includes genomics, epigenomics, transcriptomics, proteomics and metabolomics in high blood pressure.

Election to the academy recognizes those in medicine who have demonstrated outstanding professional achievement and commitment to service.

“These newly elected members represent the most exceptional scholars and leaders whose remarkable work has advanced science, medicine and health in the U.S. and around the globe,” said National Academy of Medicine President Victor Dzau. “Their expertise will be vital to addressing today’s most pressing health and scientific challenges and informing the future of health and medicine for the benefit of us all. I am honored to welcome these esteemed individuals to the National Academy of Medicine.”

Members are elected by current members through a process that recognizes individuals who have made major contributions to the advancement of the medical sciences, health care and public health. Established originally as the Institute of Medicine in 1970 by the National Academy of Sciences, the National Academy of Medicine addresses critical issues in health, science, medicine and related policy, and inspires positive actions across sectors.

Dr. Taylor is a nurse scientist whose research focuses on the interaction of omics and social factors that contribute to health disparities for common chronic conditions among underrepresented minority populations in the United States and abroad. She is the director of the NYU Meyers Biological Laboratory and co-director of the NYU Meyers P20 Center for Precision Health in Diverse Populations.

The mission of IMSD at Wayne State University is to stimulate and facilitate the progress of a diverse group of students interested in pursuing graduate study and careers in biomedical and behavioral research.