A study conducted by a Wayne State University School of Medicine researcher finds that Make Your Date, a program implemented in Detroit five years ago to help women carry their pregnancies to full term, is having a positive impact in the battle against preterm birth.

A team led by Adi Tarca, Ph.D., associate professor of Obstetrics and Gynecology, and adjunct associate 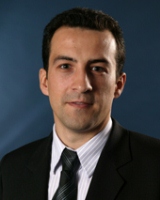 professor of Computer Science at Wayne State University, conducted an analysis of data from 1,945 women served by the Make Your Date program in 2014 and 2015. The results show a reduction in preterm birth at all stages of pregnancy compared to peers who were not in the program.

Dr. Tarca and his team are gathering additional data with the expectation of reporting the results in a peer-reviewed international medical journal. One of the questions they will explore is what components of the Make Your Date Program contribute most to the reduction in preterm birth.

Preterm birth is the leading cause of infant mortality worldwide. One in nine babies are born premature in the United States, which ranks the worst among developed nations for infant mortality. In Detroit, one in six babies are born premature. In fact, Detroit is the city with the highest rate of preterm births in the nation, according to the latest March of Dimes report issued in November 2018.

A host of health problems are associated with preterm birth, including respiratory problems, bowel abnormalities, infection, sepsis, mental disabilities, cerebral palsy and neonatal death. If children born prematurely survive to school age, they may have more difficulty with spelling, reading and math.

Even with the major reductions found in his research, the preterm birth rate among Make Your Date clients was still above the national average, Dr. Tarca said.

Marisa Rodriguez, project manager for Make Your Date, said, “One of the largest barriers pregnant women in the city encounter is reliable transportation to prenatal care appointments. The recent addition of transportation services to our clients, we believe, holds out the prospect of even greater reductions.”

Wayne State University launched the Make Your Date Program in 2014 to reduce the rate of preterm birth in Detroit. The comprehensive outreach effort has provided services to between 1,000 and 1,500 pregnant women in Detroit each year. The program provides education classes, one-on-one counseling, access to insurance, the latest tests and treatment and referrals to numerous services.

Make Your Date is based upon research sponsored by the National Institutes of Health and conducted at WSU that demonstrated a simple treatment of progesterone given to high-risk women with a single pregnancy reduces the rate of preterm birth by 45% and reduces infant morbidity and mortality. A WSU study recently demonstrated that in mothers with a short cervix carrying twins, the administration of vaginal progesterone reduces the risk of infant mortality by 47%.

Directed by Sonia Hassan, M.D., associate vice president of Women’s Health in the Office of Health Affairs for Wayne State University, Make Your Date is also based on research conducted by Yale University demonstrating the use of the Expect With Me group prenatal care program reduces the risk of preterm birth by 40% in African American women. Yale University recently conducted additional research, including Make Your Date patients receiving services from this program, and found similar reductions in pregnant mothers seen at WSU.

For more information on the Make Your Date Detroit program, visit www.makeyourdate.org.