The May 19 spring performance of the Detroit Medical Orchestra will offer listeners a rare treat: the opportunity to hear a Mozart piece performed with a rare instrument for which it was originally written.

The concert will feature principal clarinetist Michael Cher, M.D., chair of the WSU Department of Urology and 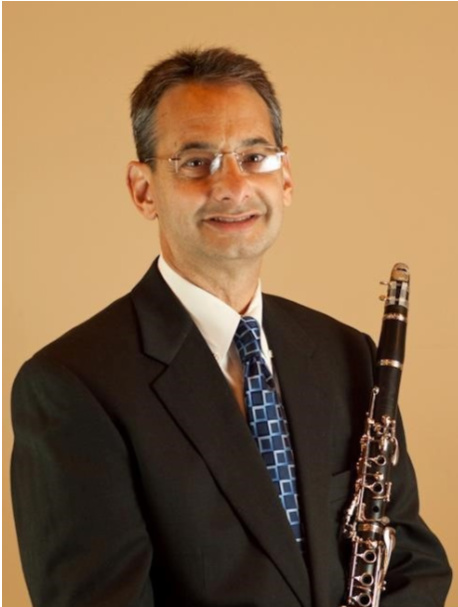 the Jaffar Endowed Professor of Urology, and will include Mozart’s “Clarinet Concerto in A Major,” and Elgar’s “Pomp and Circumstance March No. 1” and “Enigma Variations.”

Dr. Cher will perform the concerto on a basset clarinet, a rare and unusual instrument with an extended lower range, capable of producing four octaves. Until recently, most performances of the concerto were done with traditional clarinets, but researchers have reconstructed Mozart’s long-lost manuscript to enable a more authentic performance.

The DMO was the brainchild of Michelle Van Noord (nee Ubels), M.D., Class of 2012 of the Wayne State University School of Medicine. Dr. Van Noord, who now specializes in Neurology in La Jolla, Calif., was a third-year medical student in 2009 when she developed the idea of an orchestra consisting of medical students, faculty, physicians and other health professionals. A former professional violinist before deciding to attend medical school, she earned an undergraduate degree in violin performance from the University of Cincinnati College-Conservatory of Music and served on the faculty of the pre-college division there. Within hours of sending an e-mail throughout the School of Medicine to gauge interest, Van Noord had 40 musicians lined up to join the fledgling orchestra.

Dr. Cher joined as a founding musician and as faculty advisor to the DMO.

The mission of the 61-member orchestra is to explore the connections between music and healing, foster partnerships among medical and health professionals, and provide community services and community arts services to improve the quality of life for all in the Detroit community.

Dr. Cher began playing the clarinet at age 10, when he brought home from school a paper containing a list from which he had to select an instrument. “It was kind of a random choice,” he said.

Music was important in the Cher household from the beginning. Dr. Cher’s mother was a pianist her whole life, and she taught music to everyone in the family, including all of his brothers and cousins. “Almost everyone in my generation and beyond can trace their initial music education to my mother,” he said. “My dad is an avid fan of classical music and opera. Classical music was going nonstop in my home as I was growing up.”

After becoming “quite skilled” in playing the clarinet, Dr. Cher continued as principal clarinet in his university symphony. He took a hiatus from playing while in medical school and residency, playing only intermittently.
“The Detroit Medical Orchestra has allowed me to revitalize my musical life,” he said. “I now play in two orchestras and several chamber groups. As many members have noted, playing music is a stress-reliever and allows one to achieve some kind of balance in life.  Maybe it’s like yoga or running or meditation. It also opens up relationships with new friends, colleagues and students, many of whom I would otherwise not ever meet.”

Throughout its decade of performance, the DMO has engaged professional musicians from the Detroit Symphony Orchestra to play concertos with the orchestra. For this 10th year, music director Zeljko Milicevic wanted to engage one of the core musicians as featured soloist, and asked Dr. Cher to be the first. He selected the Mozart concerto.

As a high school musician, Dr. Cher played the piece – which he calls “the most important clarinet piece ever written” – with piano accompaniment on a normal clarinet. But he had never performed the concerto with a full orchestra.

“I pulled out my (very old) sheet music and played a little and then listened to some recordings on YouTube. I soon discovered that modern-day professional clarinetists were playing on a very long, strange clarinet capable of reaching lower notes that are beyond the range of a traditional clarinet,” he said.

After conducting some research, he learned that Mozart most likely wrote the piece for such an instrument, now called a basset clarinet. Today’s musicians were playing a version of the concerto Dr. Cher had never heard, performances that included many runs and arpeggios with super-low notes.

While Mozart’s original autographed manuscript of the score has never been found, Dr. Cher said, modern-day scholars have re-constructed the music as it was likely originally written. “On a standard clarinet, the performer has to jump up an octave in several places because the instrument cannot reach the low notes. That is the version I had played in high school. On a basset clarinet, the musical lines are much smoother and lyrical because there is no need to jump up an octave in many locations.”

His search for a basset clarinet, which today can cost between $15,000 and $20,000, began. Most clarinetists don’t own one because it is pretty much relegated to the Mozart clarinet concerto. Dr. Cher began sending emails and was eventually put in touch with Ricardo Morales, principal clarinetist of the Philadelphia Orchestra. After further discussion, Morales agreed to lend Dr. Cher his basset clarinet to practice with and for the performance.

Admission to “A Decade of Healing Through Music,” is free, though the DMO accepts freewill offerings to benefit various Detroit area charities. The concert, open to all, coincides with and is part of the annual WSU Medical Alumni Reunion weekend.

The concert begins at 3:30 p.m. at the WSU Community Arts Auditorium, 5401 Cass Ave., Detroit. Parking is available in WSU Parking Structure 1, located at 450 W. Palmer St. The structure is open for a flat visitor rate of $8, and is one block from the auditorium on the northwest corner of Cass and Palmer. Additional parking is available for $9 in the lot behind the Detroit Historical Museum on the corner of Cass and W. Kirby.