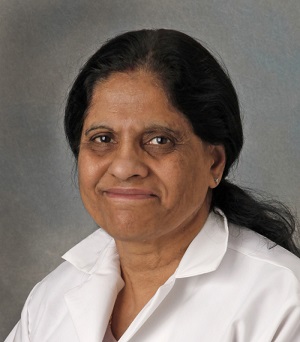 The Bloomfield Hills, Mich.-based Thomas Foundation has renewed its support of diabetic retinopathy research at the Wayne State University School of Medicine for the 19th continuous year, awarding to $32,130 to Professor of Ophthalmology, Visual and Anatomical Sciences Renu Kowluru, Ph.D., who is principal investigator on the research project.

"It is an honor for me to receive continued support from a small foundation. I believe that it is a testament of their confidence in our work," she said.

The Thomas Foundation award will focus on how diabetes increases mitochondrial fragmentation and impairs removal of the damaged mitochondria.

"Diabetic retinopathy is the leading cause of blindness in working age adults, but the molecular mechanisms of this devastating disease are still unclear," she said. "It affects up to 80 percent of patients who have had diabetes for 20 years or more, and is the most feared complication of diabetes."

Dr. Kowluru has two R01 grants from National Eye Institute of the National Institutes of Health to investigate how epigenetic modifications contribute to the development of diabetic retinopathy and its continued progression after cessation of hyperglycemic insult. Glycemic Control and Progression of Diabetic Retinopathy (EY01731307) is in its seventh year and NADPH Oxidase Mitochondrial Dysfunction and Diabetic Retinopathy (EY022230) is in its fifth.