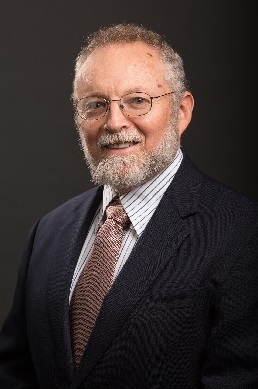 The Wayne State University School of Medicine has named a new scientific director of the C.S. Mott Center for Human Growth and Development.

Gil Mor, M.D., Ph.D., who is joining the WSU faculty from Yale University, will serve as John M. Malone Jr., M.D., Endowed Chair and scientific director of the center. His appointment was effective Dec. 6.

"We are indeed fortunate to have a world-renowned physician and researcher of Dr. Mor's status join our faculty and lead the C.S. Mott Center for Human Growth and Development," Dean Jack D. Sobel, M.D., and Chaur-Dong Hsu, M.D., M.P.H., FACOG, chair of the WSU Department of Obstetrics and Gynecology, wrote in the joint announcement of Dr. Mor's appointment.

A tenured professor of Obstetrics and Gynecology and of Reproductive Science at Yale University School of Medicine, Dr. Mor's research focuses on the immunology of pregnancy and the role of inflammation in cancer formation and progression.

Dr. Mor was the division director of the Reproductive Science Division at the Department of Obstetrics and Gynecology at Yale. He directed the Reproductive Immunology Unit and the Translational Research Program "Discovery to Cure."

His research has been funded by grants from the Eunice Kennedy Shriver National Institute of Child Health and Human Development, the National Cancer Institute, the National Institute of Allergies and Infectious Diseases, as well as several pharmaceutical companies. The editor in chief of the American Journal of Reproductive Immunology since late 2009, he is the president of the American Society for Reproductive Immunology. He is widely published in the area of immunology and reproduction, with more than 280 publications, and is the editor of three books, on immunology of pregnancy, apoptosis and cancer.

Dr. Mor is a member of the American Association for Cancer Research, the Society for Gynecologic Investigation, the American Association of Immunologists and the American Society of Reproductive Immunology. He is a member of the International Advisory Committee for the Sino-American Center of Translational Medicine, Southern Medical University (China), a guest professor at Tongji Medical College in Wuhan, China, and an honorary member and professor of several scientific societies in Asia, South America and Europe.

He received his medical degree in 1987 from Hebrew University Medical School in Jerusalem, his master's of science degree in Neuroendocrinology in 1988 from Hebrew University, and his doctoral degree in Immunoendocrinology in 1993 from the Weizmann Institute of Science in Rehovot, Israel. He completed a fellowship in Reproductive Endocrinology in 1991 at the Max Planck Institut fur Experimental Endocrinologie, in Hanover, Germany, and from 1994 to 1996 was a postdoctoral fellow in the Laboratory of Immunobiology, Center for Biologics Evaluation and Research of the National Institutes of Health.