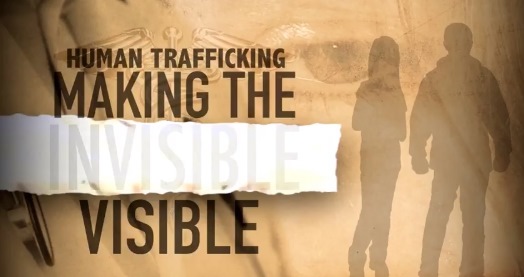 (CME credit available: Click here to login/register to obtain CME credit for the above program).

Do you know how to recognize a child, teen or adult who is potentially the victim of human trafficking? Aren't sure what to look for, what questions to ask or where to go if you or someone else is being trafficked? The Wayne State University School of Medicine in Detroit can help.

The university partnered with the state of Michigan and the Wayne County Medical Society of Southeast Michigan to produce the powerful and timely training video, "Human Trafficking: Making the Invisible Visible."

The 60-minute video lays out these signs and more, and is the answer to the state requirement that all health care providers in Michigan - including physicians, nurses, pharmacists, mental health therapists, nurse practitioners, chiropractors and others - be trained in human trafficking, including how to recognize a victim, and how and where to get them help. Continuing Medical Education credits relating to human trafficking for all Michigan health care providers are made possible only through the Wayne State University School of Medicine.

Human trafficking is the trade of people for the purpose of sexual slavery, forced labor or commercial sexual exploitation. The United States Congress passed its first anti-trafficking law in 2000, but by 2004 only four states had made human trafficking a crime. Today, 45 states have enhanced laws, and 39 have top tier one ratings on these laws, meaning that state has passed significant laws. Yet human trafficking is still considered the world's fastest-growing criminal enterprise, worth $46.9 billion in profits from 1.5 million victims in developed economies of North America and the European Union alone, according to the organization Human Rights First and 2014 data from the International Labour Organization. Most recently, the FBI announced in its 11th Operation Cross Country efforts, the rescue of 12 minors and arrests of eight traffickers in Michigan, on Oct. 12-14.

While the video was produced as a training tool for health care workers such as physicians, nurses and mental health professionals, the information and stories are especially useful to the general public as well.

The School of Medicine's Vice Dean of Diversity and Community Affairs Herbert Smitherman, M.D., M.P.H., F.A.C.P., is among the professionals featured in the video. Dr. Smitherman was a member of the Michigan Human Trafficking Commission, serving for a two-year term through March 2017.

With advocacy support from the Wayne, Oakland and Macomb medical societies, Michigan Gov. Rick Snyder signed 21 anti-human trafficking laws Oct. 16, 2014, following two years of work to update the legislation. The new laws rule that prostitutes should be treated as victims and not criminals; allows victim convictions to be set aside; legally presumes minors with prostitution offenses were coerced; ensures victims have access to medical, psychological and other services; requires state case workers to report abuse and neglect cases involving trafficking to police; and requires that health workers be trained to identify potential victims.

The commission sanctioned the film as a CME-focused way to be trained and meet the tenets of the law. The video was a six-month, $50,000 project, funded by the state Attorney General's Office and produced by Wayne County Medical Society.

The project originated in 2013, when Dr. Smitherman, then president-elect of the Wayne County Society of Southeast Michigan and chair of its Medical and Public Health Committee, was given the task of investigating odd clinic cases reported by physicians in the county. These included a 14-year-old with four sexually transmitted infections in two months, and reports of numerous abortions and broken bones in young women, he said. An estimated 88 percent of human trafficking victims will interact with a health care provider, he added.
He reached out to the Oakland County Medical Society and the Macomb County Medical Society and found similar health concerns in those areas.

From there, the three county medical society leaders met with women's advocates, the Federal Bureau of Investigation, Homeland Security, Michigan Attorney General Bill Schuette and others.

Dr. Smitherman also is a WSU associate professor of Medicine, president and chief executive officer of Health Centers Detroit Foundation and a past president of the Wayne County Medical Society of Southeast Michigan.

The video is hosted by WSU Assistant Professor of Family Medicine James Blessman, M.D., M.P.H., who supervised the project and was then chair of the WCMSSM's Medical and Public Health Committee.