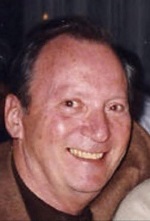 David Bernard Meyer, Ph.D., of West Bloomfield, died Sept. 25 at the age of 94. He was a professor emeritus of the Wayne State University School of Medicine's Department of Anatomy and Cell Biology.

Dr. Meyer spent his entire career with Wayne State, where he was initially appointed instructor of Biology in 1951. He received his doctorate in Anatomy in 1957, and was appointed assistant professor of Anatomy in 1961.

"David was a consummate anatomist, particularly skilled in histology and embryology, and was an outstanding teacher and mentor of medical and graduate students," said former colleague and retired Professor Harry Maisel, M.B., Ch.B. "His research contributions, funded by the National Institutes of Health, significantly advanced our understanding of the development of the eye, of the human vertebral column and of the migration of primordial germ cells. David was internationally recognized his work excellence."

His research interests included properties and function of connective tissue, the development and histochemistry of ocular tissues, histochemical studies of gonadal development and avian visual cells. He maintained a productive research collaboration with renowned embryologist Ronan O'Rahilly, his mentor, colleague and lifelong friend.

He chaired the university-wide Audio Visual Education Committee that paved the way for new techniques in teaching, and the medical school's Faculty Club Committee. He also was the first director of the Division of Medical Communication at the School of Medicine.

He was preceded in death by his wife, Dolores Meyer, and brother, Sanford Meyer. He is survived by children Jeffrey (Kim) Meyer, Connie (Mike) DePolo and Jonathan (Cheri) Meyer; his grandchildren; and a great-grandchild. A private funeral service was held. Those who wish to honor his memory may make a contribution to the charity of their choice in his name.