From Music to Microbes 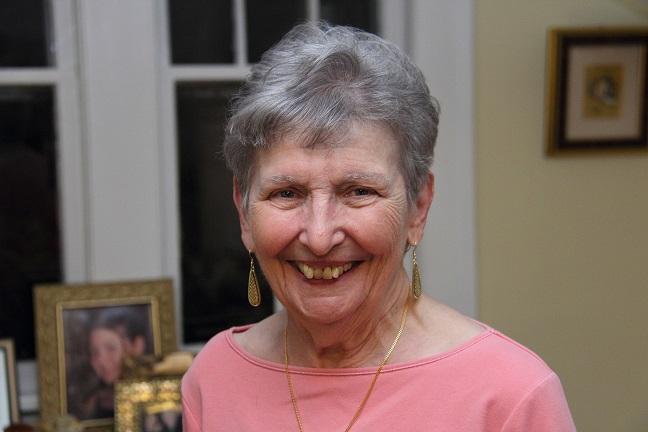 Vera Fay Righthand, Ph.D., learned her love of music from her older brother Norman, an avid pianist, whose practice provided the soundtrack of her early childhood. Recognizing their shared passion, Norman began teaching his sister how to play piano when she was just 5. When he left home to study at the Eastman School of Music at New York's University of Rochester, he encouraged the young Dr. Righthand to continue her formal lessons. She continued developing her musical talent, and eventually followed Norman to the Eastman School, where she received a scholarship to study piano.

While living in a crowded rooming house at school, Norman contracted pulmonary tuberculosis and was moved to a sanitarium for treatment. During his three-year stay, the two siblings remained connected with frequent correspondence and occasional visits. Observing her brother's illness and treatment, and learning about the science involved, intrigued Dr. Righthand, and inspired her and her brother to pursue careers in medicine and infectious diseases. While their love of music never diminished, Dr. Righthand changed her major and graduated in 1952 with a degree in biology.

In an era when women were only beginning to make inroads into the scientific community, she pushed forward, continuing her education at Columbia University, where she studied biochemistry and molecular biology, and became a research assistant at the Rockefeller Institute. In 1960, she pursued her doctoral studies at the Waksman Institute of Microbiology at Rutgers University. She received a doctoral degree for her work on the molecular biology of the Rous Sarcoma Virus, in which she demonstrated for the first time that viruses could, in fact, cause cancer.

Beginning in 1963, Dr. Righthand performed a post-doctoral fellowship focused on virus cellular interrelationships at SUNY Buffalo. That study included the molecular biology of enteroviruses, and persistent and chronic infections, such as the common cold, meningitis and hand-foot-and-mouth disease. While at SUNY, she also worked with the Salk polio inactivated subcutaneous vaccine and the Sabin live attenuated oral vaccine that was widely used to nearly eliminate paralytic polio internationally.

Already an accomplished researcher, in 1968 Dr. Righthand accepted a position as a professor of Microbiology and Virology at the Wayne State University School of Medicine. Her career soared as she taught in the medical school and graduate program, and she received several teaching awards. She continued her research and presented more than 100 papers around the world, published 19 scientific articles and wrote two textbook chapters. She also mentored junior faculty in the field of virology and took on an administrative role by serving as the deputy chair of the Department of Immunology and Microbiology, now the Department of Microbiology, Immunology and Biochemistry.

Dr. Righthand was also an elected fellow of the National Academy for Microbiology, and served as a reviewer for National Institutes of Health research grants. She retired from the WSU School of Medicine in 1998, and received the school's prestigious Lawrence Weiner Award in 2000 in recognition of her exceptional performance in teaching, research and administrative activities. In the summer of 2015, Dr. Righthand died, leaving a legacy of enthusiastic virology research and educational excellence.

Dr. Righthand was truly dedicated to her field, pushing the envelope of the scientific community's knowledge and understanding of microbiology and virology. Yet she still experienced bias when seeking funding and advancement opportunities. To ensure the future and that promising young virologists have the financial support they need, Dr. Righthand established the Vera Fay Righthand Fellowship in Virology. A gift made through her estate, the fellowship will provide financial assistance for School of Medicine doctoral candidates conducting virology research. Her generosity will allow the Department of Microbiology, Immunology and Biochemistry to attract promising students to follow in Dr. Righthand's inspiring footsteps.

With this annual award, Dr. Righthand secured a future in which her life's work can continue, helping to advance health care protocols and procedures that will enhance the quality of life in Michigan and around the world.

"The competition for the award, plus its associated legacy and prestige, will provide contagious inspiration and motivation not only to our virology students, but to students in all of our graduate programs," said Philip Pellet, Ph.D., chair of the Department of Microbiology, Immunology and Biochemistry.

The inaugural award will be made in the 2017-18 academic year.