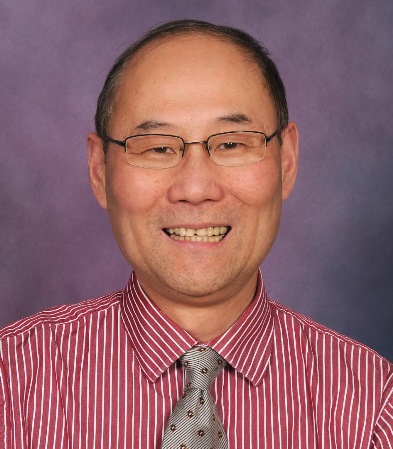 Members are selected from among the most outstanding and widely recognized faculty members at the university. Appointment to the AOS is the highest recognition that may be bestowed upon fellow faculty members by their colleagues.

"This great honor is truly a high point in my academic life. Among many important factors at WSU, which supported me to come this far, is the outstanding senior faculty who helped me continue research excellence for the past seven and a half years," Dr. Jin said. "I sincerely thank my colleagues and the School of Medicine and university administration for their continuing support of our scientific inquiries and research productivity."

The academy's founding purpose is to raise the scholastic prestige of the university by bringing together the most prominent academic experts on campus to create a community of scholars from among its most celebrated. The AOS promotes achievement in scholarship by recognition and provision of incentives to attract young scholars of promise, bringing in distinguished individuals from other institutions and sponsoring meetings that stimulate interdisciplinary intellectual activity.

Dr. Jin is a leading researcher in the field of muscle contractility and cell motility studies. He is a standing member of the National Institutes of Health's Cardiac Contractility, Hypertrophy and Failure Study Section, and principal investigator for two NIH R01 grants, an NIH R21 grant and an NIH T32 training grant. He is director of the National Heart Blood and Lung Institute-funded Detroit Cardiovascular Training Program at the School of Medicine, and has trained numerous undergraduate and graduate students and research fellows who are now independent academic and research professionals.

His research interest is in gene regulation, structure-function relationship and pathophysiological adaptation of contractile and cytoskeleton proteins, specifically the actin thin filament regulatory proteins troponin and calponin. He is the sole editor of two troponin books. His research discoveries have led to translational applications in the diagnosis of myocardial infarction, the treatment of heart failure and the treatment of cancer metastasis as described in four United States patents of which he is the inventor.

A 1983 graduate of the Fourth Military Medical University in Xi'an, China, Dr. Jin completed his residency in Cardiovascular Medicine and a master's degree in Immunology in 1986 before entering the graduate college at University of Iowa. He received his doctorate in Biology in 1989 and completed postdoctoral research fellowships at University of Texas at Austin and University of Alberta, Canada. Before joining the faculty of Wayne State University in 2009, he was assistant professor of Biochemistry and Molecular Biology at the University of Calgary, Canada; associate professor of Physiology and Biophysics at Case Western Reserve University School of Medicine; and section chief of Molecular Cardiology at Evanston Northwestern Healthcare Research Institute and professor of Medicine at Northwestern University Feinberg School of Medicine. He was named the William D. Traitel Endowed Chair in Physiology at WSU in 2015.