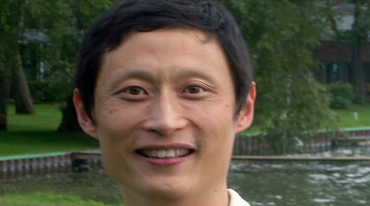 A Wayne State University School of Medicine researcher in the Department of Physiology will use a new five-year, $1.75 million grant from the National Institute of Diabetes and Digestive and Kidney Diseases to reveal a novel mechanism underlying the impaired insulin biogenesis and beta cell failure in diabetes.

Diabetes is a disease that occurs when blood glucose, or sugar, is too high, and over time can lead to heart disease, nerve damage, vision problems and kidney disease, according to the NIDDK. Pancreatic beta cells are the only source in the body to make and secrete insulin, a central regulator of blood glucose. Endoplasmic reticulum, or ER, is the central station that produces insulin, and the maintenance of ER homeostasis is critical to insulin production and beta cell survival.

"Beta cell ER dysfunction plays a critical role in the pathogenesis of both type 1 and type 2 diabetes, which together affects about 25.8 million people in the United States," Dr. Chen said. "This proposal will develop and utilize innovative proteomics, biochemical and quantitative imaging approaches in beta cells as well as diabetic mouse and human T2D islets to determine the molecular mechanisms by which diabetes disrupts ER homeostasis and COPII dependent ER export."

"Our ultimate goal is to determine what beta cell ER proteins are required for insulin biogenesis and how their alterations contribute to diabetes," Dr. Chen said. "Then we can target these proteins or pathways for therapeutic interventions."
The grant number is 1R01DK110314-01.