Louie Anderson stands up to fight preterm birth May 15 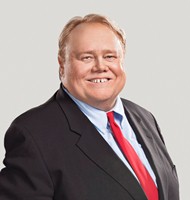 Beloved comedian Louie Anderson will headline an inaugural anniversary celebration to benefit Make Your Date, a Detroit regional program fighting preterm birth. The event will be held May 15 at MGM Grand Detroit. Detroit Mayor Mike Duggan will serve as honorary chairman of the gala fundraiser.

"Stand Up For Make Your Date with Louie Anderson" begins at 6:30 p.m. and includes cocktails, dinner and a performance by Anderson. Proceeds from the event benefit Make Your Date, launched by the city of Detroit in 2014. The Detroit Medical Center, Wayne State University, the city's leading health systems and other key partners designed the initiative to help expectant mothers deliver healthy full-term babies.

Named one of the 100 greatest stand-up comedians of all time by Comedy Central, Anderson is one of the world's most versatile and successful comedians, loved by television audiences who never missed him on the hit show "Family Feud" or his numerous appearances on late-night chat shows. He is adored by standing-room-only crowds in Las Vegas and respected by readers of his best-selling books.

The master of stand-up comedy has guest-starred in sitcoms like "Grace Under Fire" and the dramas "Touched by an Angel" and "Chicago Hope," and created memorable roles in comedies like "Coming to America," opposite Eddie Murphy, and the classic "Ferris Bueller's Day Off." He hosts "Comedy Showcase," the late-night series that follows "Saturday Night Live."

"I'm pleased to be able to contribute to Detroit's revitalization - which begins with the city's most important yet vulnerable group - the children," Anderson said.

In 1995, Anderson created the Saturday morning animated series "Life with Louie," based on his childhood, for which he won three Humanitas Prizes for writing on a children's animated series and two Emmy Awards. His best-selling books include "Dear Dad - Letters From An Adult Child" and "Good-bye Jumbo...Hello Cruel World." His most recent book is "The F Word, How to Survive Your Family."

"We are very fortunate that Louie Anderson is bringing his talents to Detroit to assist our Make Your Date initiative, which will help mothers-to-be at risk of premature birth," Duggan said. "The laughter he brings will allow us to continue addressing this most serious of issues."

In Detroit, 18 percent of babies are born prematurely, nearly 6 percent higher than the state average. Studies show that low birth weight accounts for almost 50 percent of the city's infant mortality rate of 14/1000, twice the national average. Make Your Date is implementing evidence-based strategies to combat this high rate through education, collaboration and partnerships with health care systems, universities, insurance companies and established programs in the Detroit area. The program provides a consistent approach among local health care providers in how they deliver support and care to expectant mothers. The program builds on existing regional talents, such as the Perinatology Research Branch of the Eunice Kennedy Shriver National Institute of Child Health and Human Development/National Institutes of Health at Wayne State University and the Detroit Medical Center. Additional partners include Meridian Health Plan, DMC Foundation and other area insurance plans.

Tickets for the celebration are $250 per person or $500 per person for a meet and greet with Anderson, VIP reception and photographs. The cost includes cocktails, dinner, show and complimentary valet parking. For more information and to reserve tickets, go to https://makeyourdate.org/stand-up-for-myd-event/ or contact info@makeyourdate.org or call 313-577-1000.

MAKE YOUR DATE
Patients can sign up by visiting www.MakeYourDate.org or calling 313-577-1000, regardless of where they may already be obtaining their prenatal care, and they will be guided through the process.