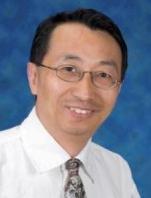 Biology textbooks maintain that the main function of sex is to promote genetic diversity. But Henry Heng, Ph.D., associate professor in the Center for Molecular Medicine and Genetics at the Wayne State University School of Medicine, says that's not the case.

Dr. Heng and fellow researcher Root Gorelick, Ph.D., associate professor at Carleton University in Canada, propose that although diversity may result from a combination of genes, the primary function of sex is not about promoting diversity. Rather, it's about keeping the genome context -- an organism's complete collection of genes arranged by chromosome composition and topology -- as unchanged as possible, thereby maintaining a species' identity. This surprising analysis has been published as a cover article in a recent issue of the journal Evolution.

"If sex was merely for increasing genetic diversity, it would not have evolved in the first place," Dr. Heng said. This is because asexual reproduction -- in which only one parent is needed to procreate -- leads to higher rates of genetic diversity than sex.

In fact, 2 billion years ago in Earth's biosphere, life relied exclusively on asexual reproduction, and every organism was capable of bearing young without costly competition to mate. With asexual species' faster and more efficient mode of reproduction, the origin and maintenance of sex -- not exactly the fittest means of reproduction -- puzzles scientists, who for decades have been asking why sex evolved and survived.

Although many scientists have offered answers to this question, most have focused on the benefit of mixing or purifying genes. But by taking the genome theory into account, Dr. Heng's findings may have dethroned the queen of problems in evolutionary biology.

Considering their observations and those of paleontologists, population geneticists and ecologists cited in the article, Dr. Heng and Dr. Gorelick argue that new research should focus on the genome, not just the individual genes, because the genome serves as both the genetic information unit and selection package for evolution.