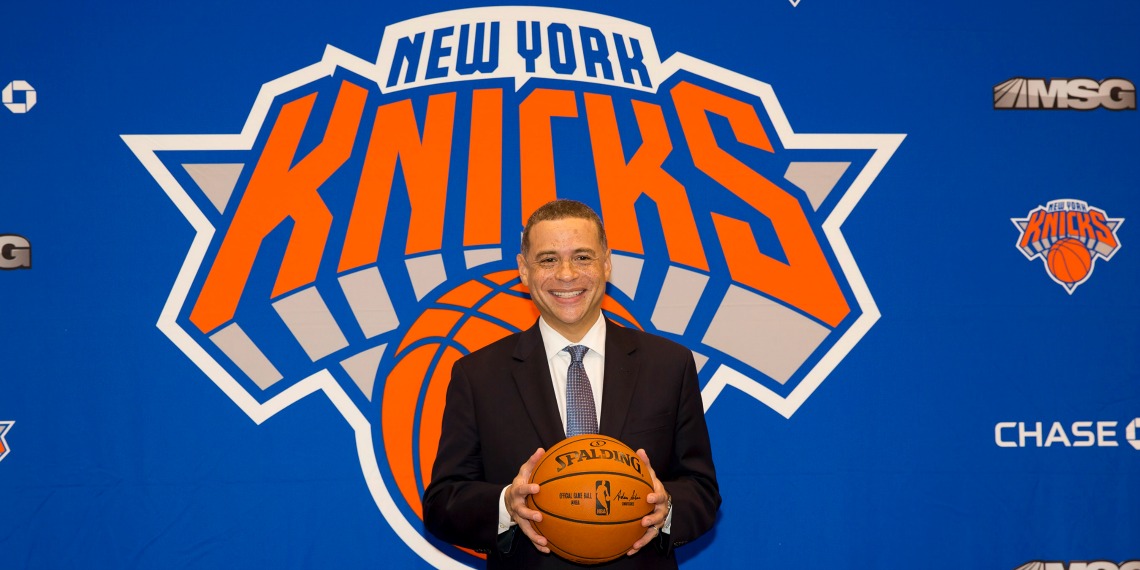 Scott Perry remembers the exact moment he wanted to be a general manager.

It was toward the end of the 1986 Wayne State University basketball season. The 22-year-old Perry was in his senior year and approached by then-Coach Charlie Parker about his plans after college. Parker asked if Perry ever thought about coaching, telling him he would be good in the role.

“I told him I wanted to do something where I could use both my business acumen and love for the sport,” said Perry, 54, who graduated from WSU with a bachelor’s in marketing. “And I told him that one day I would like to become a general manager of a professional sports franchise.”

On July 14, 2017, Perry’s dream came true after he signed a five-year deal to become the New York Knicks’ GM. Perry paid his dues, though. He has been with NBA teams for the past 17 seasons. He spent parts of 12 seasons with the Detroit Pistons as vice president of basketball operations, director of player personnel and a collegiate scout. During his tenure, the Pistons reached the Eastern Conference Finals six straight times, made consecutive appearances in the NBA Finals and won the NBA title in 2004.

A Detroit native, Perry was an All-Catholic and All-State performer at University of Detroit Jesuit High School in 1981. He was a member of the Tartars basketball team for two seasons after transferring from the University of Oregon. Perry was an all conference-caliber player and a team captain during his two seasons (1984-86) at WSU.

We spoke with Perry about his time at Wayne State, some of his favorite memories as a Tartar and from his NBA executive career, and what he hopes to accomplish as the Knicks’ GM. 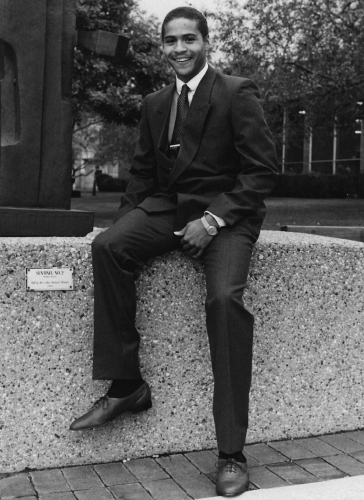 What did Wayne State mean to you?

Besides being able to play basketball, getting an education was always important in my household. My mom is a Wayne State graduate. She and my dad both went on to get law degrees. I had an older brother who had gone to Yale.

My dad was a former NFL football player and he always said to me, ‘You can’t plan on a professional sports career as a player. The odds are very small. No matter how good you may make think you are, it is not something you can plan for. Getting your education, graduation and plotting the course that way, you have much more control.’ I was able to do that at Wayne State.

What are some of the most memorable experiences you had at Wayne State?

One of the things I will always remember is my teammates and the coaches. We made it to the NCAA Division II Elite Eight, which was a great accomplishment. At that time, we might have been one of the best teams that played at Wayne State, in terms of records and how far we went.

And I’ll always remember the education I received at Wayne State. I thought that it was a very good and challenging school. I learned a lot. Those two things stand out — the association I made with teammates and the solid academic curriculum I experienced there.

Have you been able to visit Wayne State recently? If so, what was your impression?

Two summers ago, I got a call from (current WSU basketball) Coach David Greer. They were calling former captains from past teams to get someone to sponsor a seat in the film room, which I did. I thought it was a great way to give back to the school and the young people playing. I went down there to make my donation and Coach Greer showed me around the facility. I was impressed and I felt great pride and happiness to see how nice things looked on the campus.

After being in NBA front offices for 17 seasons — 12 of those with the Detroit Pistons — what are your best memories?

There are so many great memories. It is hard to single out a lot of them. If pressed to do so, there are probably a couple moments with the Pistons. Number one would be meeting with Joe Dumars when he was first getting ready to take over the job as president of basketball operations. For a young guy who grew up in the city and a longtime Pistons fan, to get an opportunity to work for my hometown team … that was the most memorable moment.

It started or continued there, however you want to look at it. The break to get into the NBA after 13 years of collegiate coaching, to be able to come in on the ground floor and then four years later to get a championship ring … there is no greater feeling than to be at the top of your profession.

But that day on July 14 to hear [Knicks Executive President] Steve Mills call me and say, ‘You’re the guy. It’s your job. We’re going to name you the next general manager.’ That day held the most wide-ranging emotions for me because it was the culmination of so many things, both professionally and personally. It’s a moment I will never forget. 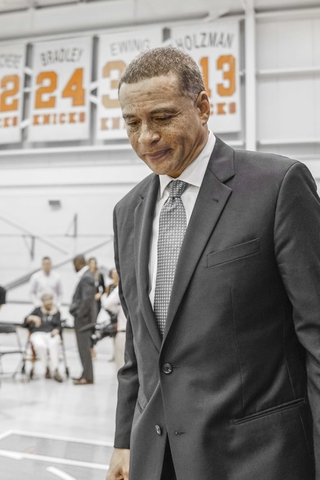 How did those previous roles help prepare you to become the Knicks’ general manager?

The best thing about my 30-year journey getting here, including my college coaching days, is that I didn’t skip any steps. If you track from when I started as a coach and coming into the NBA as a scout, director of player personnel and so on, I’ve sat in pretty much all of the chairs you can sit in. Seeing all sides of an organization gives you a better understanding, a better comfort level of what is necessary and needs to be done to lead an NBA franchise. I’ve developed both a knowledge base and confidence inside of me that I can handle and do this type of job. If you work hard and you’re prepared, no matter what you do, you give yourself a better chance to have some success. My journey throughout the NBA has definitely done that.

What’s the most difficult thing about your job?

There is a lot to this job and I embrace so much that comes with it. But the difficulty for me was time away from family. It’s maybe not talked about a lot, but it’s obviously part of the job. My daughter recently graduated from college, but there were times as she was growing up that traveling or schedules caused me to miss some event that was important and special to her in her life. Duty called, but those were some of the more difficult times.

What do you hope to achieve in your time with the Knicks?

I’m going to be the very best Scott Perry that I can be. I want to be a part of something that can be special. Something people around the league and other disciplines can look at and say, ‘Hey, we like how they run their operations.’ We’re going to be professional, work hard, be about the team and create a culture. Ultimately, I want to create a culture that is both sustaining and conducive to winning. People may talk about that, but you have to really work at it and live it every day. If we can create a winning environment and culture, from top to bottom, then I think those results will be positive.

This story originally appeared in the fall 2017 edition of Wayne State magazine.